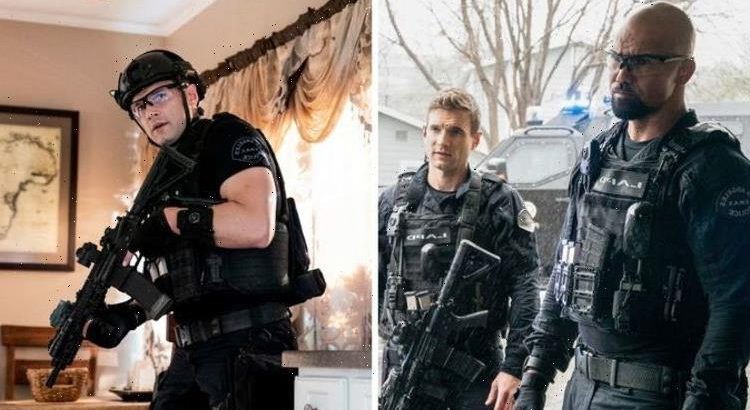 SWAT fans were worried for Jim Street (played by Alex Russell) as he went through a series of emotional events through seasons three and four. It looked certain that the character was edging himself towards an exit from the show. But does Jim Street come back to the CBS series?

Does Jim Street come back to SWAT?

Jim Street hasn’t had the easiest time on SWAT, regularly going through some intense and personal challenges throughout the series.

During season four, he went through his darkest hours, looking as though this could be the last time the character suits up as part of the veteran team.

However, fans can rest assured that Jim will return as he is slated to make another appearance in season five.

Despite the challenges he went through during the fourth season, star Alex Russell did not leave the series.

The star even updated fans of his inclusion in season five on his Instagram, sharing an image of him in character as Jim.

The post was captioned: “NEW TIME SLOT for us when we return THIS FALL on CBS. TGIF!”

Fans rushed to the comments to share their excitement for season five and the return of Jim.

One fan said: “I’m so so excited for it! I already miss it, so I started the series again for the 4th time!” (sic)

Another fan added: “I’ve only just watched seasons 1 & 2 on Netflix. Will the other seasons be on there???? Loved it & binged watched all in a few days.”

A third fan commented: “Great! Looking forward to it! SWAT and Blue Bloods on Friday nights! Two of the only shows I ever watch and of course, SWAT is my favourite show!! Stay liquid!!”

For UK fans of the series, the first two seasons are available to watch on Netflix, but seasons three and four are still not available.

It is expected for the latter seasons to join the platform, but Netflix has not announced the inclusion of seasons three and four yet.

Jim has had one of the most emotionally difficult backstories of any of the other main characters, growing up in foster care since the age of 12.

This has played a large role in his character arc throughout the series and leading to him almost leaving the drama.

He was sent to a foster home following his mother’s addiction to drugs, but he never lost hope for her and still visited her throughout the show.

He is torn between his relationship with his mother and his allegiance to SWAT, especially after his mother is released on parole.

Hondo (Shemar Moore) warns Jim that he needs to focus on the team and that his mother is taking advantage of him.

However, when Jim learns she is addicted to cocaine again, he realises that Hondo was right and he leaves his home.

Jim eventually accepts that his mother is beyond his help and reports her to a parole officer after she misses an appointment.

All is forgiven between Jim and Hondo, with Hondo offering him a six-month probationary period on SWAT to prove he is capable.

SWAT is available to watch on CBS.