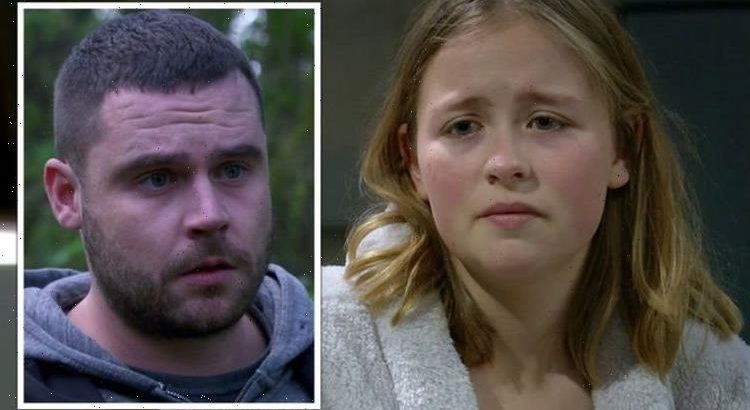 Emmerdale: Liv is hospitalised due to alcohol abuse

Emmerdale will continue on Monday (August 23) on ITV and this week, Liv Flaherty (played by Isobel Steele) will face yet more challenges. Her alcoholism storyline was first introduced back in 2018 and her addiction has landed her in plenty of difficult positions. Will she eventually meet her demise as a result of her ongoing battle in the soap?

Does Liv Flaherty die in Emmerdale?

Fans of the soap are becoming increasingly concerned for Liv’s welfare as her mental wellbeing takes a hit.

She continues to head on a downward spiral after letting antagonist Paul Ashworth (Reece Dinsdale) die during the explosion at the wedding barn.

She has been in hospital after passing out and almost choked, and the worst is possibly yet to come.

However, she faces judgement from other residents, including Aaron (Danny Miller) and Vinny Dingle (Bradley Johnson), who make constant references to her sobriety.

Viewers will see Liv become overwhelmed by the harassment and break down in front of Laurel.

Sadly, it is too much for the youngster and she ends up hitting the bottle – or can of lager – again.

She wakes up, uncertain of what happened after having a drink, and looks battered and bruised with no recollection of the events of that night.

Aaron explained she was found in the doorway and she tries her best to remember through flashbacks.

In the end, she realises it was Noah (Jack Downham) who she was in a struggle with and she is left shocked.

At the first mention of Noah, Gabby Thomas (Rosie Bentham) hits out and tells Liv they may be dealing with the aftermath of rape.

Aaron, who overhears the conversation, tries to encourage Liv to report it but she is unsure as to how to handle the situation.

Earlier on in the series, Steele’s character begins a dangerous chase with Lachlan White (Thomas Atkinson) when she realises he is keeping her in the dark.

Liv has no idea what he is capable of and she is putting herself in danger by interrogating him.

She was listed as one of Lachlan’s potential victims and he believed he had killed her when he broke the carbon monoxide detector at her home.

She has been on the brink of death on a number of occasions, but is she finally set to meet her demise?

If she does reveal the truth about what Noah did to her, there is a chance he may plot his revenge to silence her.

Her obvious weakness is alcohol, and he could easily use this to his advantage and set her up.

At the height of vulnerability, she could walk into a trap without a second thought.

Actress Steele recently opened up about how her character’s dark storylines impacted her mental health.

She told The Mirror: “It does have an effect on your mental wellbeing.

“If I’m in a really great mood and I know I’ve got like a whole week of really emotional scenes, I don’t allow myself to be that happy because I find it harder to perform.

“I have to knock myself back a little bit the night before so that I’m in the right headspace to do the scenes.”

Fans have taken to Twitter to share their thoughts on Liv’s character development, with one saying: “Some nice scenes between Laurel and Liv tonight. It’s nice to see Laurel helping Liv knowing that she’s been through the same ordeal as her.”

Another said: “Liv’s life is just too perfect and I hate it she is one day sober, back in a relationship, the stress of a new job and maintaining her sobriety it feels like too much pressure already.” [Sic]

Emmerdale returns to ITV on Monday at 7pm.