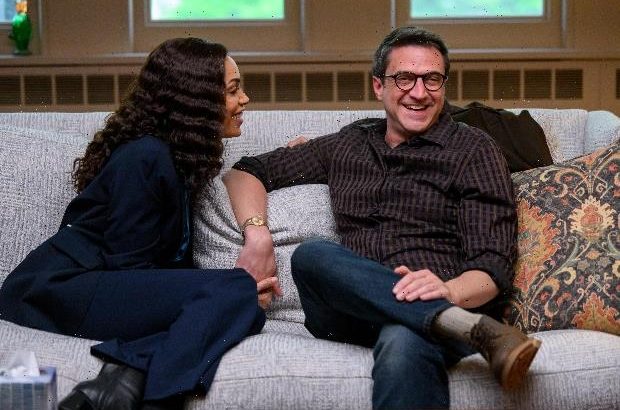 One of the most revealing scenes in Dopesick Episode 6, which premiered Wednesday, is when DEA Deputy Director Bridget Meyer left a much-needed marriage counseling session with her husband to meet with the FDA about Purdue Pharma.

Bridget tried once again to get FDA officials to admit they had mistakenly listed OxyContin as less addictive than other opioids by bringing numerous articles about deaths the drug had caused and mounting public pressure to make it less obtainable.

When the head of the FDA responded by saying the drug had helped a lot of people who depended on it, Bridget said it had also tragically cost people friendships and marriages when neither person had actually used OxyContin. It was then that the head of the FDA and her fellow official Karen Moles realized Bridget was talking about her own marriage, and her crusade against Purdue suddenly made more sense to them.

The FDA chief softened a little in that moment and said if Bridget could prove that OxyContin was unsafe when used as directed, the Food and Drug Administration would admit it was wrong and remove its label about the drug’s low addiction rate. 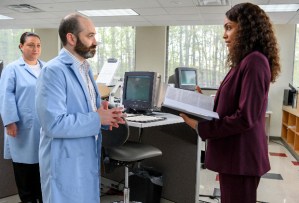 In order to do this, Bridget turned to the DEA’s research division and asked them to search for deaths state-by-state where patients had been prescribed the drug and used it properly but still died from overdoses. The lab workers weren’t sure they could find anything, and initially, all they were able to dig up were people who had died while using the opioid alongside lethal drugs.

Later, when Bridget asked the researchers to try to find patients who had died from overdoses using OxyContin and non-lethal drugs, the lab had much stronger results for her, and she had what she needed to prove the FDA wrong.

Sadly, Bridget’s victory was fraught with other losses. One of her heroes, then-New York Mayor Rudy Giuliani, came to her and asked her to stop going after Purdue Pharma, and she felt targeted and bullied. Bridget also learned that a young man she had tried to save from the jaws of OxyContin addiction had died from an overdose in a drugstore parking lot. But at least she could make the FDA backpedal, and that was a start. 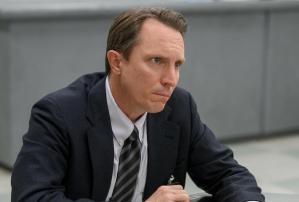 Speaking of starts, Assistant U.S. Attorneys Rick Mountcastle and Randy Ramseyer finally found some damning evidence of their own. Turns out Purdue had manipulated marketing charts to try and make it seem like OxyContin didn’t have the same peaks and valleys as other opioids, and they found an FDA department head who would testify against the company.

Rick and Randy also learned that one of their own, former U.S. Attorney Jay McCloskey, had returned to the private sector and taken on Purdue as a client. Or as one of Randy and Rick’s coworkers said, Purdue bosses were buying off all of the people who could regulate them.

As for Samuel Finnix, he was no longer a doctor, but recovery was close at hand. Rehab didn’t work for him because the center where he was placed had better success with alcoholism than opioid addiction. But his former nurse helped him get into a methadone clinic, and Samuel finally started feeling like himself. Betsy, sadly, wasn’t as fortunate, and after weeks of kicking her dependence on OxyContin, she relapsed and turned to heroin.

What did you think of Dopesick Episode 6? Drop your thoughts in the comments.