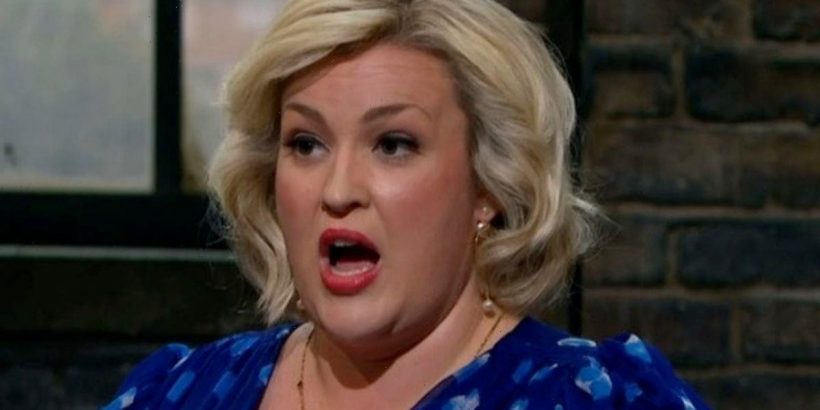 The BBC One Dragons' Den tycoons got into a heated bust-up over young business owner Dave Murphy, in scenes cut from Thursday's episode.

In deleted scenes from the business-pitching show's episode, two of the Dragon investors – Sara Davies, MBE and Touker Suleyman – got themselves into an argument over one of the contestants.

Dave Murphy, the contestant who appeared on the show last week, is a radio producer and business owner who has worked with the likes of Capital Radio's Roman Kemp.

Now an entrepreneur as well as a radio producer, the 29-year-old created a business out of online virtual escape rooms – called Trapped in the Web.

Originally, Dave's idea began as a way to celebrate his girlfriend's birthday in lockdown, but now he's set to become a millionaire before the age of 30 after the business has become wildly successful.

In the episode, Dave managed to secure a £30, 000 investment from Sara Davies.

However, when Dave's booming business idea stirred tensions between dragons Sara Davies and Touker Suleyman, the Den got rather heated.

Crafting boss Sara taunted fashion mogul Touker in moments that were cut from the final edit, saying: "He didn't want you, he wanted me".

Touker wanted to re-shoot the scenes so he could steal Dave from Sara.

Dave told The Sun: "You got a glimpse of it at the end of the episode, but Touker and Sara ended up having an argument.

"I think it was all jovial because they are good friends, but he was less than pleased that her offer was accepted and he wasn't given the chance to counter-offer.

"It almost sounded like he wanted to reshoot it all just to get his opportunity again.

"There was an element of pulling away the veil of being this stern businessman who was only ever going to accept 15 per cent, but he would have definitely come down given the opportunity."

Since filming for the series 18 episode took place back in September last year, Dave's company has boosted its profits four times over.

He is now set to have earned a million pounds in the next four to six months.

Dave said: "That's absolutely the hope and the dream, and it's very much an attainable goal that I'm pursuing quite aggressively now,".

Dave, who is still working at Capital radio, had surprised his girlfriend Vicky by creating an escape room at their home in London during the first lockdown.

Dave has said that the "freedom" is a big part of how the business has changed his life.

He commented: "It gives you that security to trust yourself and know that you're not tied down to anything.

"If the mood took me I could go off and do what I wanted to and not have to pick up another job for a year or two. It puts life into perspective a bit. It's not all about work, it's about experiences."

"Dragons' Den was such a surreal moment. To have gone from being a radio producer who has a silly little idea for his girlfriend, to now being a director of a business and going on Dragons' Den is a massive leap up and it's completely changed the way I'm approaching my work and work/life balance. I still can't quite believe it."

On the episode, Dave added: "I'm pleased I went with Sara because her passion was clear from the off. She was so keen, so friendly and so personable.

"I got the impression I'd be happy working with her and would still have full control over the decisions and the business. I wouldn't feel steamrolled, I'd feel like I had a partnership."