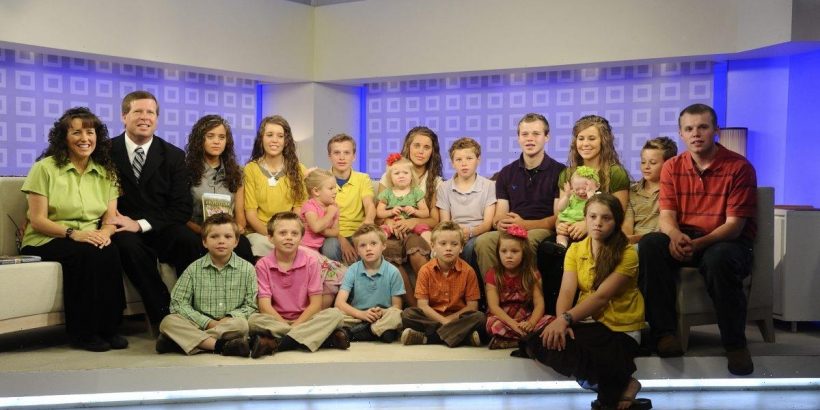 A new series about the Duggar family is in the works, but it won’t be anything like Counting On. Prime Video is planning a docuseries about the Duggars and other reality TV families. The series will focus on their connections to The Institute in Basic Life Principles, a controversial conservative Christian organization.

In December 2021, Amazon Studios announced it had greenlit a new series from the filmmakers behind the Hulu documentary Fyre Fraud and the Prime Video docuseries LuLaRich. The new series will focus on the Duggars – whose TLC was canceled in 2021 following Josh Duggar’s arrest on child pornography charges – and other reality TV families with links to The Institute in Basic Life Principles.

Production is currently underway on the as-yet-untitled docuseries. No premiere date has been announced, but it will likely be released in late 2022 or early 2023, Variety reported. Amazon Studios, The Cinemart, Story Force, and Chick Entertainment are producing the series.

What will the Prime Video series be about?

TLC’s 19 Kids and Counting and Counting On cast the Duggars in a positive light. But the Prime Video series will take a more critical look at the family, which consists of parents Jim Bob and Michelle Duggar, their 19 children, and their many in-laws and grandchildren.

In addition to the Duggars, the show will also focus on the Plath family, who star in TLC’s Welcome to Plathville, and the Bates, who appeared in the now-canceled series Bringing Up Bates on UPtv.

Here’s a description from Amazon Studios:

On the heels of Josh Duggar’s explosive criminal trial, the untitled project will expose shocking connections between some of reality television’s large, most famous large families and The Institute in Basic Life Principles, a controversial fundamentalist organization and homeschooling empire. In addition, prominent commentators, writers, and social media voices will explore the broader zeitgeist of reality television, social media, faith, fundamentalism, patriarchy, and power.

The Duggars and the Bates have not made any secret of their affiliation with the IBLP, a fundamentalist ministry founded by Bill Gothard. (Gothard resigned from the IBLP in 2014 following allegations of sexual abuse.) According to a report in Chicago magazine, the IBLP is a secretive, cult-like organization with an authoritarian and patriarchal structure. Many of the Duggar family’s unusual “rules” mirror the teachings of the IBLP. That includes bans on listening to popular music, dancing, and dating.

The Duggars used the organization’s homeschooling curriculum, the Advanced Training Institute, and often attend IBLP conferences and events. The Duggar children have also enrolled in the group’s ALERT Academy (for boys) and Journey to the Heart (for girls). After Josh Duggar admitted to sexually abusing several girls when he was a teenager, his parents sent him to an IBLP training program.

The Bates family also have close ties to the IBLP. Gil Bates, who has 19 kids with his wife Kelly Jo Bates, is on the organization’s board of directors. His bio on the IBLP website touts his friendship with Jim Bob Duggar. Their reality series was abruptly canceled by UPtv in early 2022.