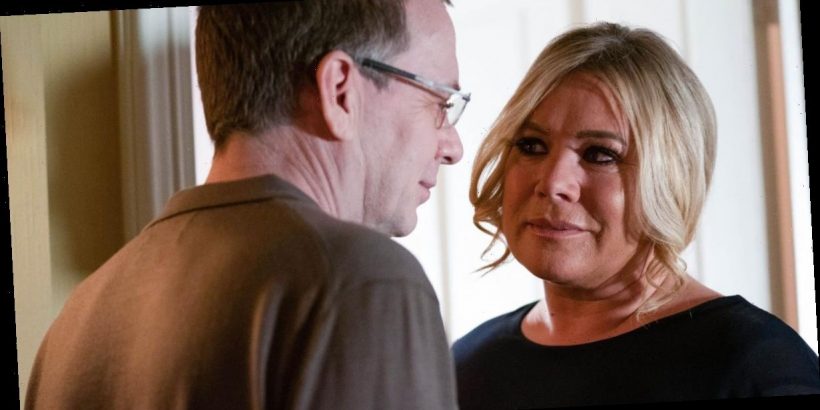 EastEnders fans have told the BBC exactly what they think of bosses cancelling tonight's episode and replacing it with FA Cup football.

Holby City has also been postponed to facilitate the footie.

Locked-down viewers have taken to Twitter to vent about the show being hauled off-air in a scheduling shake-up.

The tie between Manchester United and West Ham will now be broadcast live from Old Trafford this evening.

Instead of budging the game to BBC2, execs have decided to take EastEnders and Holby City off the bill instead.

The fifth round of the famous competition is being held tonight and tomorrow – and not on its regular weekend slot – due to fixture congestion caused by the global pandemic.

The soap usually airs every Monday, Tuesday, Thursday and Friday each week, but will not be shown on Tuesday and Thursday this week.

Instead, an episode will be shown on Wednesday at 8pm for 20 minutes, and a double-bill will air on Friday from 8:10pm to 9pm.

However, that clashes with Coronation Street – and unhappy fans gave the BBC a piece of their mind on social media.

"Football is taking up my Eastenders time and I'm not impressed at all," another user vented.

A third added: "This is absolute rubbish. Clash with @itvcorrie on Friday. There are football channels! On the upside a Wednesday edition and double on Friday."

There is some good news for the soap's fans as an old favourite has agreed to return.

Nancy Carter is returning to the Square after five years away as Maddy Hill reprises the role.

Maddy, 30, said: "I’m so excited to be coming back and reconnecting with all the hilarious, warm, talented cast and crew and meeting some lovely new faces.

"I absolutely loved playing Nancy and have often wondered what she’s up to, so feel very grateful to be able to rediscover her five years on!”