This year’s star-studded Children in Need show is set to be even more magical than ever before, as the cast of Eastenders perform a very special medley.

Ditching the usual Black Cabs, Tilly Keeper (Louise Mitchell) and Zack Morris (Keegan Baker) will be travelling on a flying carpet, as they transform into Jasmine and Aladdin. 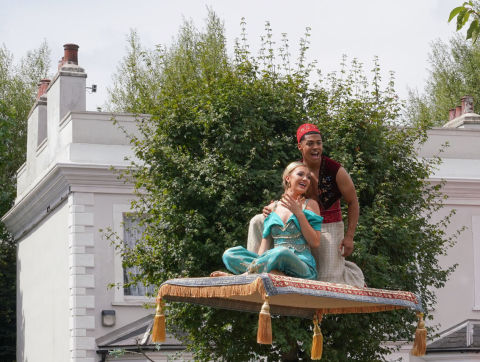 Tilly Keeper said: “It was a dream come true to be a Disney Princess for BBC Children in Need! We had so much fun filming the performance; it was such a special day. Let’s hope we all raise lots of money on the night for this fantastic charity.”

Zack Morris said: “Never in a million years did I think I would be playing Aladdin as I danced round Albert Square. I had so much fun taking part and it’s such an honour to be part of something so special. I really hope it helps to raise lots of money for BBC Children in Need.” 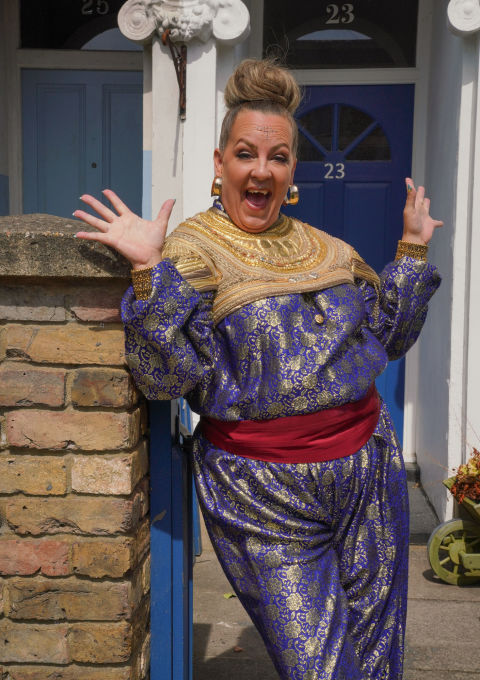 But the most exciting piece of casting will see Jessie Wallace (Kat Slater) ditch her usual leopard print to become Elsa from Frozen and perform Let It Go.

The Children in Need telethon airs on Friday, November 16 across BBC One and BBC Two.

Digital Spy Soap Scoop video – hit play below for all the latest EastEnders spoilers, as Hayley abandons her baby and Linda continues to betray Mick.