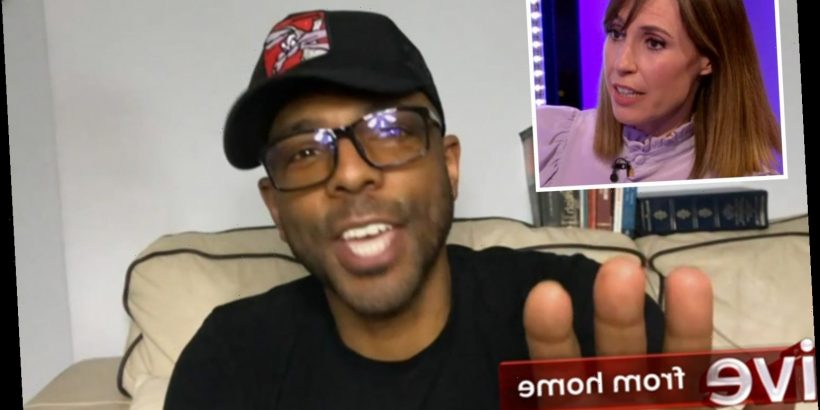 EASTENDERS' Don Gilet snaps 'It's not about shouting' at The One Show presenter Alex Jones.

The host celebrated her 44th birthday on last night's show, but it came to an end with a car crash interview involving the Albert Square star. 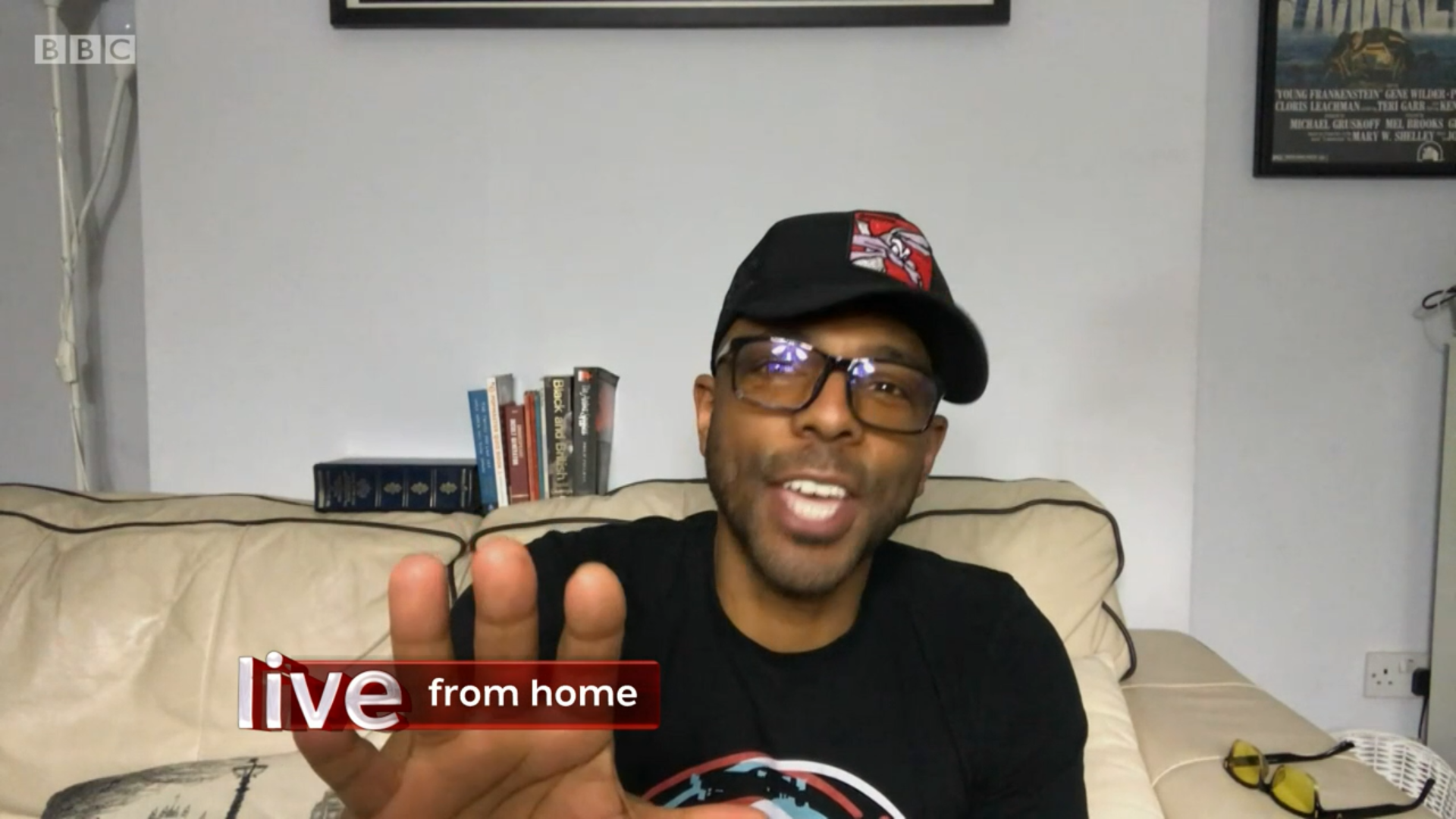 The star joined The One Show via zoom to talk about his final appearance on EastEnders, a few minutes before the episode itself was due to air.

Worried they would run out of time, Alex and guest presenter Michael Ball were able to begin a brief chat with Don at the tail-end of the episode, but it did not go according to plan.

The chat was marred by technical issues with left Don unable to understand her questions, so he was left trying to work out what was being said while Alex asked if the actor could hear her.

As Alex tried to ask him about the storyline, the soap star yelped: "Alex, it's not about shouting. It's the signal!" 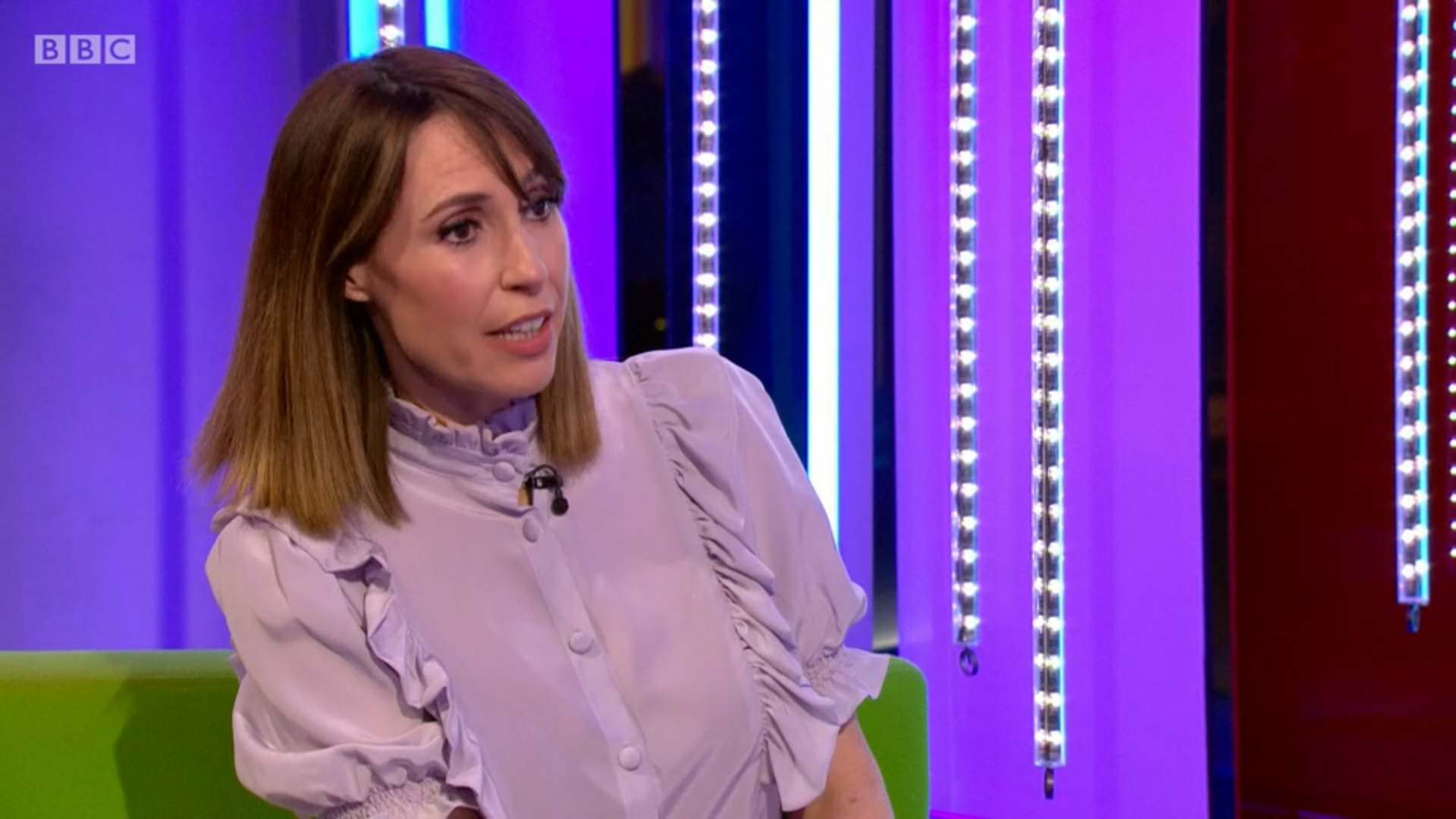 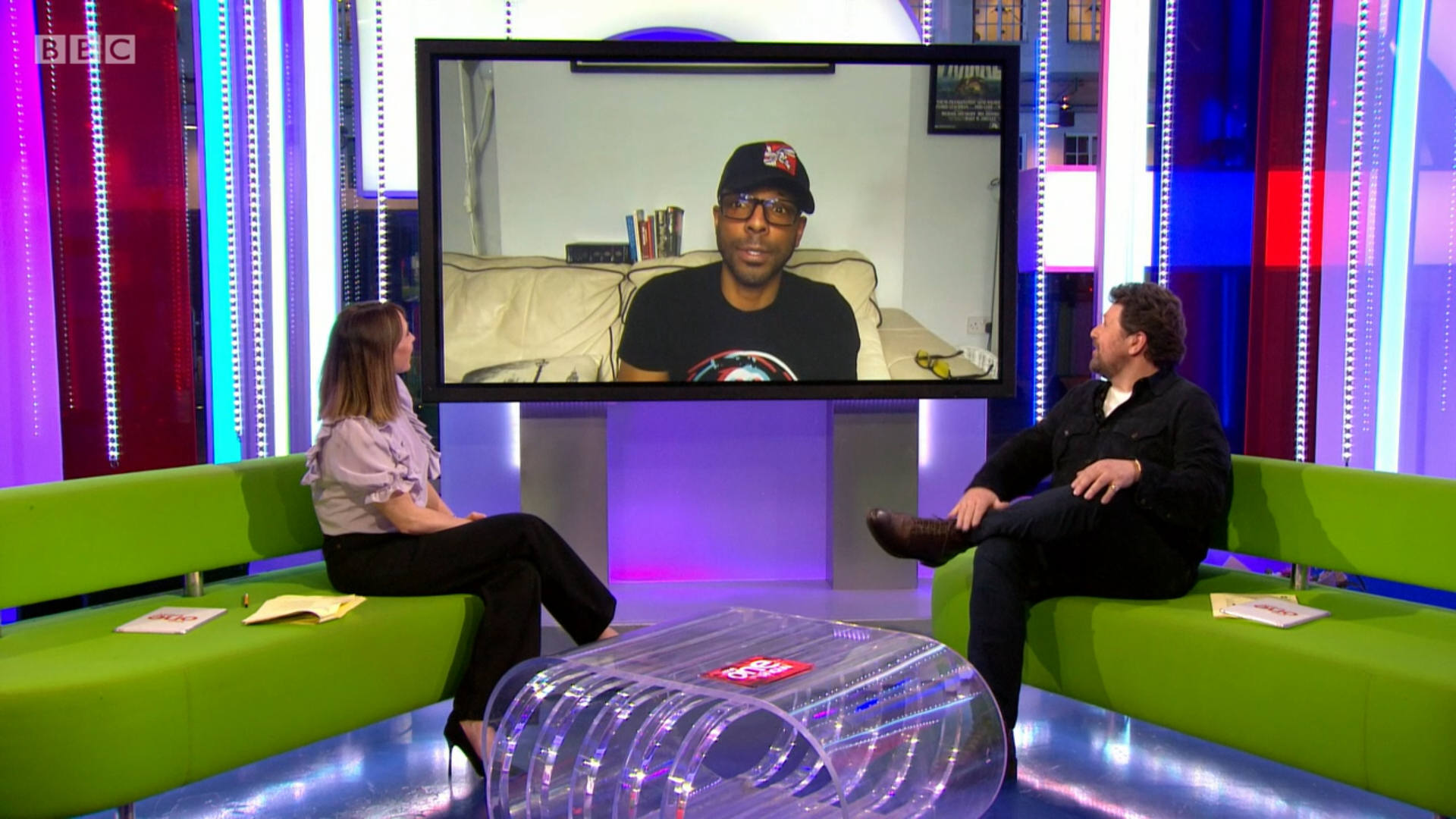 The former Tumbles star apologised for the signal issues and simply asked Don to tell us what he can about his alter-ego Lucas' last hurrah.

He remained tight-lipped but he did reveal how he felt when shooting his final scene in what was a very explosive storyline for the character.

"I'm not going to tell you anything, it's on in a few seconds, but, I found it quite moving to shoot. Put it that way."

Once again the stream froze and the hosts decided to end the awkward exchange and transitioned to a birthday tribute for Alex. 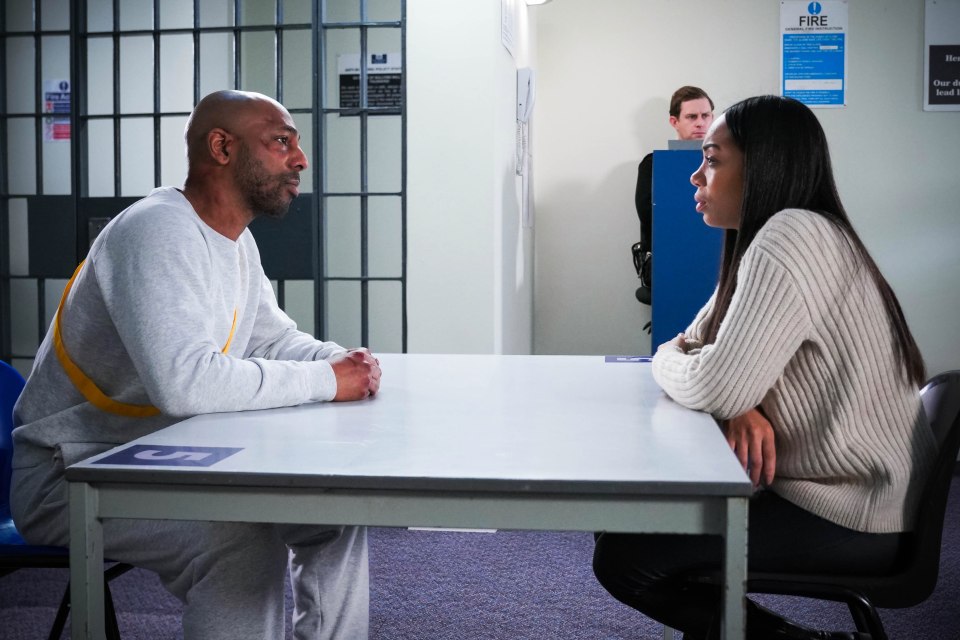 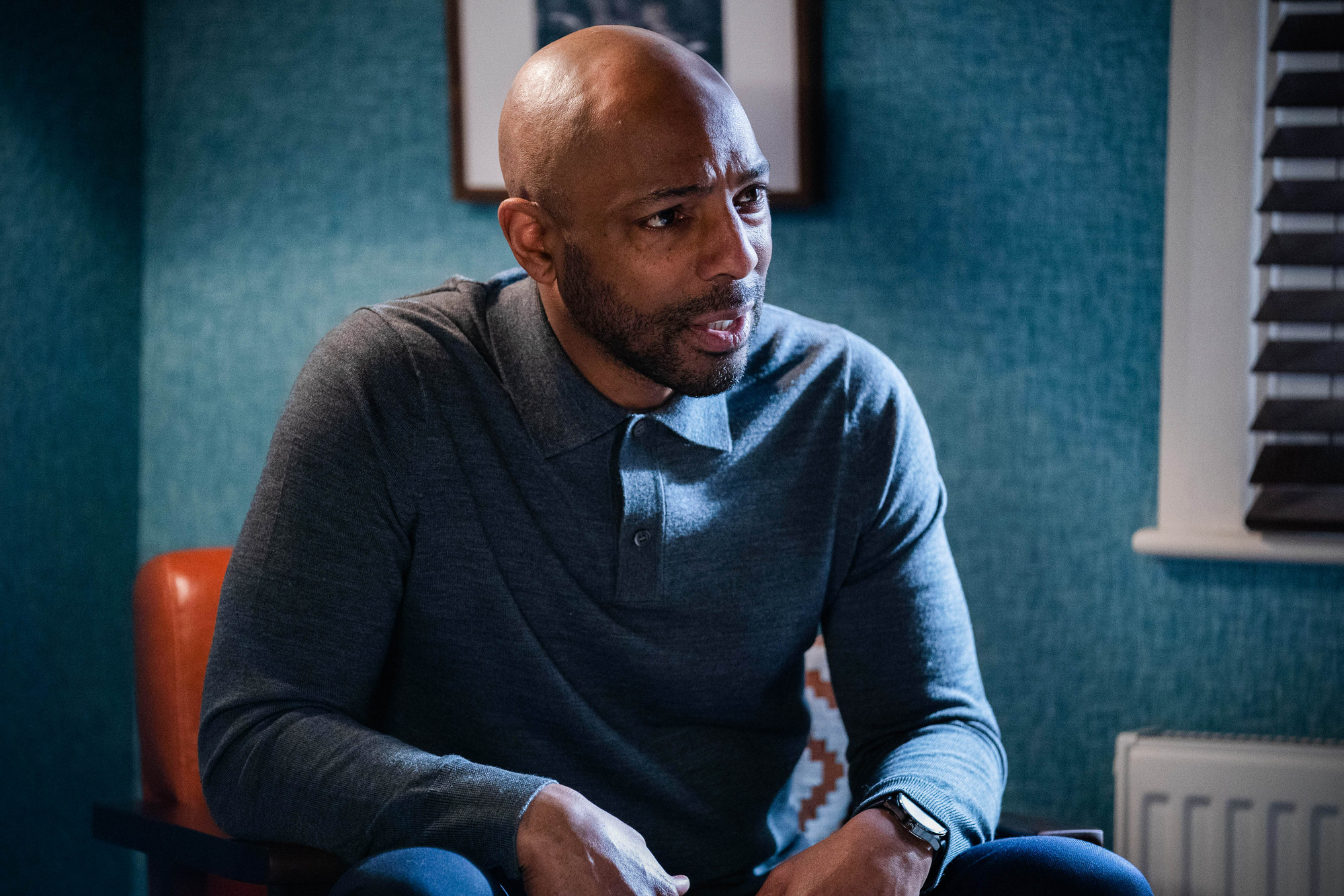 In a previous interview, Don gave an insight into his character's exit and revealed: "It would have been nice to explore Lucas’ life in the Square but too much has happened and too many people have been hurt around him so him saving Chelsea was the best thing for him to do.

"Sacrificing his freedom for his daughter finally showed Chelsea that Lucas has changed in a somewhat bittersweet way.”

In last night's episode, Chelsea visited Lucas, who had been battered in his cell, to confront him for her actions and dropped the bombshell that she was planning on moving away.

Lucas insisted her place was in Walford with her family, before telling her she isn’t on his visitors list and won’t be bothered by him again. In emotional scenes, Chelsea then admitted she loved her dad before making her exit.