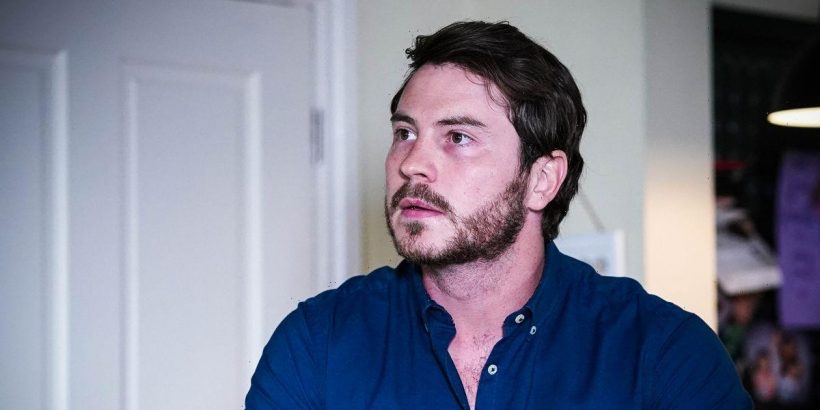 Major drama unfolded in EastEnders over Christmas, as Chelsea tried to escape from new husband Gray Atkins after Whitney revealed that he murdered Chantelle.

The story is set to escalate over the next week, with EastEnders senior producer Kate Oates telling press earlier this year: "Life is going to throw Gray a curveball; something out of his control, that will bring the story back to its grassroots as he tries to start again in a new relationship."

Since joining EastEnders in 2019, actor Toby Alexander-Smith's performance as Gray Atkins has made the character one of Albert Square's most villainous residents.

However outside of the soap, Toby has an interesting hidden talent and a sweet romance with the star of another rival soap.

Born on February 27 1991, Toby developed a love of acting at school and went on to train at London Arts Education School, before appearing in TV series Berlin Station in 2016.

From there, he appeared as Jason Croswell in Doctors and Lor-Ran in 2019's Krypton, before winning his regular role as Gray Atkins in EastEnders in the same year.

Following his announcement that he had become a Women's Aid ambassador on Instagram, Toby said: "I will stand up and support survivors of abuse wherever and whenever I can."

With Chelsea trying to get away from Gray after Whitney revealed that he killed Chantelle, viewers are eager to find out if Gray will finally be caught once and for all.

There has been plenty of speculation about whether his crimes will be revealed and whether Gray will be leaving Walford for good, but EastEnders bosses and Toby Alexander-Smith are keeping quiet on what lies in store for him.

Speaking about his character on Loose Women, Toby said: "His comeuppance is definitely on the cards, when that may be, I still don’t know.

"I’m sure he’ll be punished in true soap fashion!"

Whatever may lay in store for Gray, EastEnders Executive Producer Jon Sen told press that Gray's storyline will soon reach a climax, saying: "We've obviously got the culmination or we're building to the kind of culmination of the Gray storyline.

"Obviously, it has been a very long story arc and it's taken many twists and turns, but we are kind of going back to the grass roots of the story, really pivoting it back to its origins, and it's gonna be a fascinating turn of events for the Atkins family."

Toby's girlfriend is also a huge star, as he is currently dating Amy Walsh, who plays Tracy Metcalfe in rival ITV soap Emmerdale.

The couple revealed that they were in a relationship after posting a photo at a friend's wedding earlier in the year which saw them smiling for the camera with the caption: "At the Machin-Crane wedding 2.0."

Amy also spoke about their life off screen during an appearance on ITV daytime programme Loose Women, as well as revealing that the actor had received abuse from EastEnders fans while playing Gray Atkins.

She explained that some fans had failed to separate the star's evil character on the soap and him as a person in real life.

After her appearance on the programme, Toby paid tribute to Amy, sharing a photo of her appearing on the Loose Women panel, with the caption: "Not only smashed her @loosewomen interview but is also smashing her incredibly important storyline!

The couple are also expecting their first child together, with Amy telling OK! Magazine: "We're so excited. It feels as though the way everything happened was meant to be.

"I thought I might struggle with fertility, so for pregnancy to happen quite easily and when I wanted – I was gobsmacked.

As well as showing off his hunky photos on social media, Toby has also revealed that he has a hidden talent in a recent Instagram video.

The star is an incredible singer and even revealed in the TV programme, Secrets from the Square, that he once performed a two hour long concert, singing the songs of Michael Buble.

He also delighted fans when he shared a video of him on Instagram, singing a rendition of Elton John's romantic classic Your Song.

Toby shared the video with the caption: "Throwback to a recent show I got to sing at in London thanks to @stephenrahman_hughes. I'm sure we're all missing our usual hobbies and passions.

"Let's stick this out and when we get to do them again, hopefully we'll all be a bit more grateful."