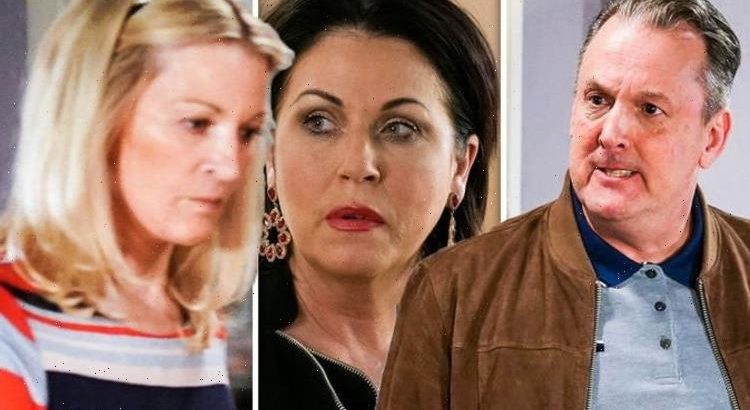 Sid Owen would ‘love to go back’ to Eastenders

Bobby Beale (played by Clay Milner Russell) has fallen for Dana Monroe (Barbara Smith) and was thrilled when the newcomer agreed to date him after he finally told her the truth about his past crimes. However, the arrival of Dana’s brother Aaron Monroe (Charlie Wernham) will spell trouble for the young couple and may lead to the two families being torn apart in EastEnders.

This autumn, Aaron will arrive in Walford to meet up with his sister and father Harvey Monroe (Ross Boatman).

Harvey will be thrilled to see his son but Dana is a little warier of her estranged brother.

The cab driver is immensely proud of his son who landed a city job in finance some years ago.

Aaron moved out and didn’t look back but something will bring him home to his family in the upcoming months.

The relationship between Dana and Aaron is strained as she often feels shut out by him.

However, will his sudden arrival lead to the pair reconciling or tear them further apart?

EastEnders spoilers confirm Dana and Bobby’s romance will hit the rocks as the Monroe’s settle into life on the square.

Will Aaron hold a secret about his sister that could threaten her relationship with both their dad and Bobby?

EastEnders fans know little about Dana’s upbringing and the possible reasons why she was so quick to forgive Bobby.

The young woman was furious with Bobby for lying about who he really was but agreed to give him another chance despite his murderous past.

Could Dana’s rocky relationship with her brother be because he helped her cover up a crime?

Kathy Beale (Gillian Taylforth) has been extremely welcoming of Dana and will be devastated if she hurts her grandson.

Will Aaron expose his sister’s secrets and split the two families apart?

Discussing his arrival to Walford, Charlie said: “It was always a childhood dream of mine to be in EastEnders.

“It’s a show that’s constantly on TV in my household as my family are massive fans so it’s always been close to my heart.

“I can’t wait to get cracking and join an incredibly talented cast!”

“His character Aaron joins the Monroe’s, our newest family set to move into the Square with connections to the Beale’s.”

“In many ways, he’s the opposite to his sister Dana and Harvey’s relationship with them both is likely to be tested,” he continued.

“There’s more to Aaron than his bravado lets on and we look forward to Charlie’s arrival on screen later this year.”

Meanwhile, the BBC soap has teased there will be a few reasons Aaron decides to stick around.

The new arrival is intrigued by his family’s new home but a “few things catch his eye” and encourage him to stay.

Will romance be on the horizon for Aaron and a beloved Walford resident?

EastEnders continues on BBC One on Tuesday at 7.35pm.