EastEnders icon Barbara Windsor is raising money for Dementia Revolution in one of her first major public appearances since retiring from public life earlier this year after being diagnosed with Alzheimer’s.

Barbara, who’s best known for her roles in the Carry On films and, of course, as Peggy Mitchell in EastEnders, was diagnosed with Alzheimer’s in 2014, but her husband Scott Mitchell came forward to share her diagnosis with the public in May when the memory loss associated with Alzheimer’s progressed significantly.

In the video below, Windsor can be seen inside her home sporting a charity T-shirt whilst promoting Dementia Revolution, asking the audience “to make a stand” against the life-changing illness by running for Dementia Revolution in the London Marathon 2019.

“Well done all you lucky people, who have secured a place to run at the iconic 2019 Virgin Money London Marathon,” she begins.

“Support ground-breaking research to find a cure for a condition that affects so many people, like me. With your help we can and will end dementia with research.” 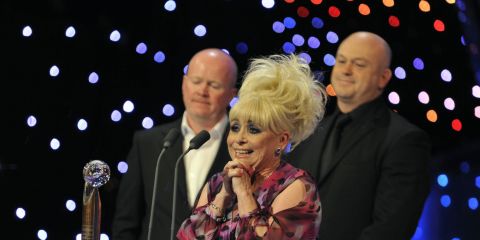 “The last few years have been really hard for both Barbara and me as we got used to the profound effect dementia has had on our lives,” he explained (via Sky News).

“I have seen many changes in Barbara since her diagnosis and at times its effects can be stronger than others.” 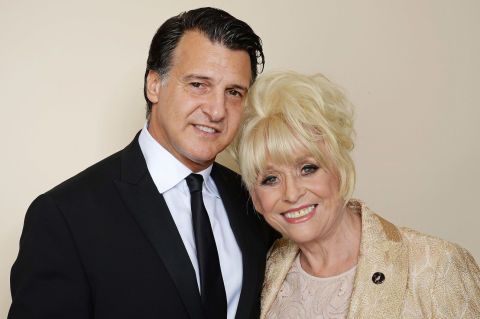 “Despite all the changes in Barbara, there is still so much of her there.,” he continued. “Her humour, wit and care for others, for example. It is her humour I love the most – we have always laughed a lot.”

Dementia Revolution is a collaborative campaign between the Alzheimer’s Society and Alzheimer’s Research UK to change attitudes towards dementia.