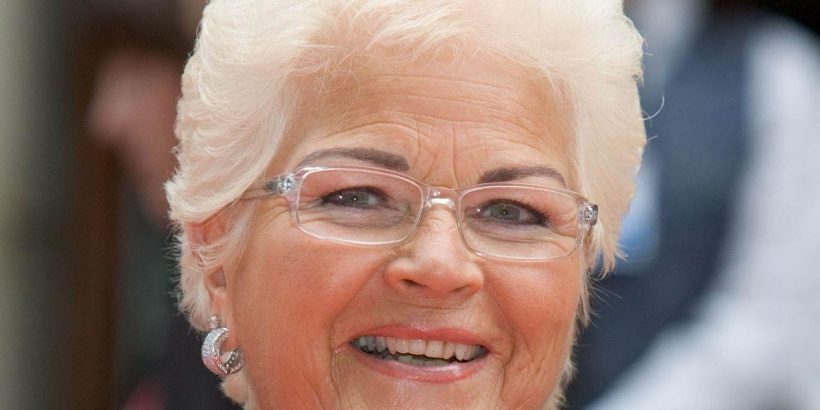 The actress, 79, found fame playing Pat Butcher in Albert Square, who was known for her love of rather colourful lippy and show-stopping earrings.

But she looked nothing like the Walford stalwart in the new image that has emerged.

The snap shared by TalkingPicturesTV was from the TV series Enemy At The Door, and shows Pam in 1978, when she would have been only 36.

The actress had dark hair falling to her shoulders in curls, quite unlike Pat's short blonde do, and was wearing a flowered, silk robe, with a peek of something lacy just visible underneath.

With blue eyeshadow and a berry-hued lipstick, she looked totally different to Pat.

Pam started acting in the 70s, appearing in theatre productions and on TV programmes such as Follyfoot, Within These Walls and Minder.

She made a guest appearance in 2016 when the character Peggy Mitchell (Barbara Windsor) passed away.

Barbara died in 2020 after battling Alzheimer's and Pam later told of her sadness that she hadn't been able to see her for a year before she died.

She revealed on This Morning that she and Barbara went back a long way as they had actually met a while before they worked together on the BBC soap.

And she said it was heart-breaking that the coronavirus pandemic meant she was not able to see her during the late star's final months.

"Nobody could go and visit her, I mean with the lockdowns and everything, it was impossible," she told hosts Holly Willoughby and Phillip Schofield.

"Which is sad, in a sense, because it means I haven't seen her for nearly a year, and that is a sadness to me," she went on.

EastEnders continues Thursday on BBC One