EastEnders landlady Linda Carter calls the police on her mother-in-law Shirley next week as tensions over Stuart Highway reach an all-time high.

As we revealed at the weekend, there are fireworks ahead at the Queen Vic when Shirley returns home and discovers that Linda (Kellie Bright) has sided with Stuart.

While EastEnders fans are suspicious that there’s more to Linda’s behaviour than meets the eye, her family have been left baffled by her decision to turn against Mick and befriend Stuart (Ricky Champ) in recent episodes.

When Shirley (Linda Henry) arrives back, she refuses to take any of Linda’s nonsense and throws her out of the pub, ordering her to find somewhere else to live. 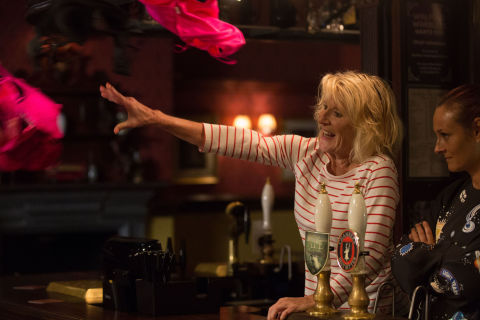 This forces Linda to stay over at Stuart’s place for the night, but she’s determined to get back inside The Vic and calls the police to resolve the situation the next morning.

Linda tells the officers that Shirley has no right to kick her out, and when they arrive to sort things out, they side with her over Shirley.

The police warn Shirley that she can’t kick Linda out of her own home, but events spiral out of control when Shirley doesn’t take kindly to the news. 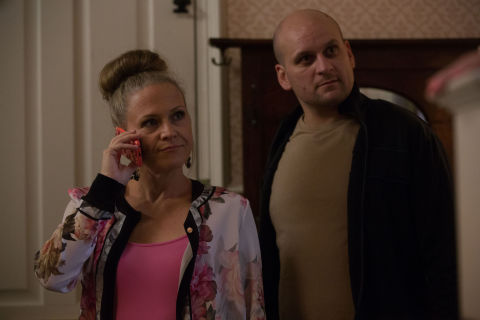 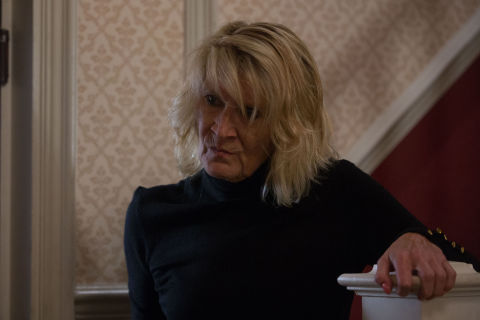 Amid all the bickering, Shirley also finds time to get Mick’s case back on track, calling Phil Mitchell (Steve McFadden) and asking for his help with getting Ritchie Scott back on board.

Phil promises to sort it out for Shirley, revealing that he’s returning home from his trip imminently. Could there be a turnaround ahead for Mick, or could Linda’s behaviour cause more problems for the Carters’ future?

EastEnders airs these scenes on Thursday, November 22 at 7.30pm on BBC One. 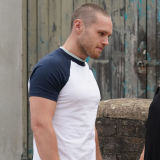