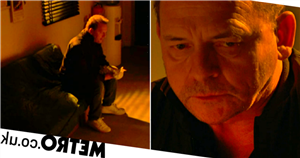 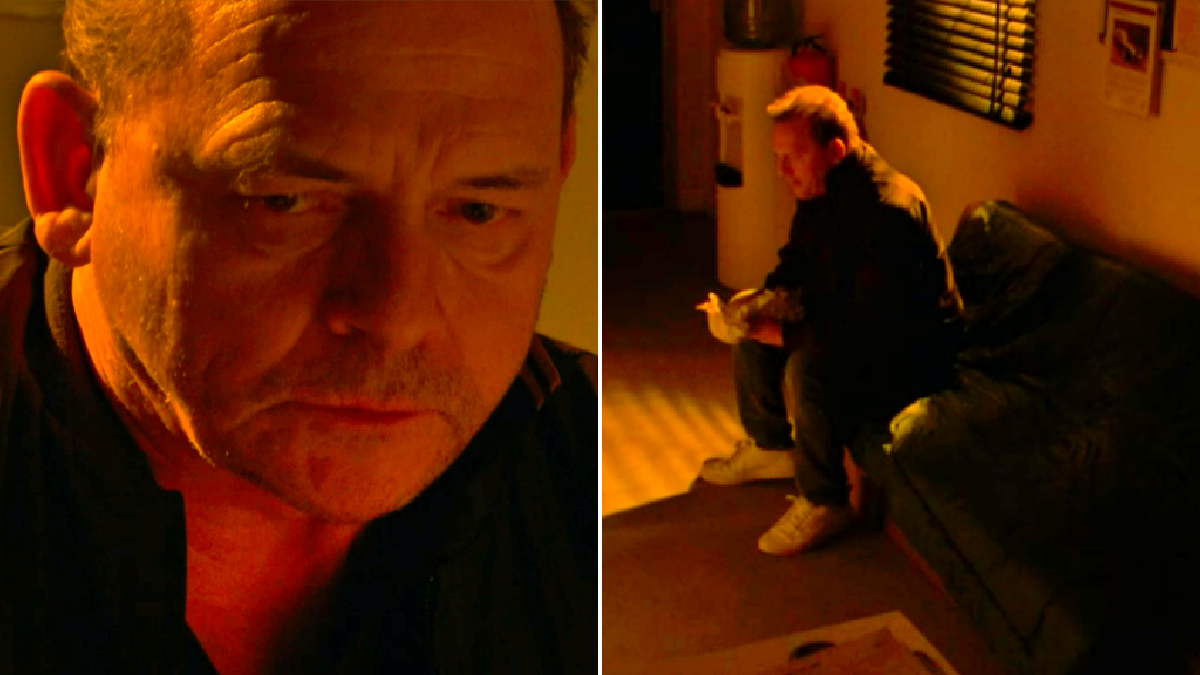 EastEnders has revealed that Billy Mitchell (Perry Fenwick) is homeless.

The veteran soap character, who made his first appearance in the long-running serial drama in 1998, was seen clutching an hours-old bag of chips at the end of tonight’s episode, as he returned to the empty car lot to spend the night.

Billy had previously told Janet and Will that they could stay at his place, something which left Janet upset, as she questioned why he didn’t want them to come over.

‘Of course I do [want you to stay],’ he exclaimed, ‘but it’s just, I haven’t unpacked yet.

Will’s interest was piqued to learn that Billy had moved home again, and questioned what his new abode was like.

Will was so excited that he later relayed this information to Honey (Emma Barton) and Jay Brown (Jamie Borthwick).

‘Dad’s got a fancy new pad,’ said the young lad, ‘we can go around there soon!’

In spite of Billy’s claims, it was clear there was more to the story than he was letting on.

Terry ‘Rocky’ Cant (Brian Conley), meanwhile, locked horns with Billy when he argued he was better salesman, and ultimately proved it by flogging a pair of old boxing gloves.

There was evidently some animosity, but Billy was left in a better mood when he challenged Terry to a game of table football, and successfully defeated him.

The stall holder then used his winnings to treat Janet, Will and Honey to a chippy tea, before gathering up the leftover food and heading home.

However, there was no new lavish pad. Instead, Billy entered the vacant car lot, and sat down, intending to spend the night there.

Will Billy’s nearest and dearest discover that he’s homeless?

EastEnders continues Monday July 19 at 8:05pm on BBC One, or stream all of next week’s episodes on BBC iPlayer from 6am Monday!