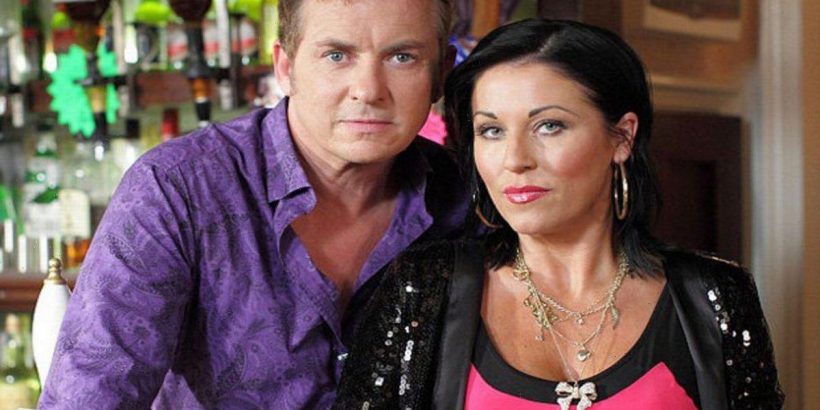 Shane Richie has dropped a huge hint he is to return to EastEnders to spoil Phil Mitchell and Kat Slater’s relationship.

The 57-year-old actor hasn’t portrayed cheeky chappy Alfie Moon in the BBC One soap since January 2019, when he departed Albert Square after borrowing £30,000 from Walford villain Phil (Steve McFadden).

Phil has since embarked on a relationship with Alfie’s estranged wife Kat (Jessie Wallace) – and Shane has suggested his alter-ego could head back to the Square soon to cause chaos.

He said: "I speak to Jessie all the time and funnily enough I’m seeing her this week.

"Alfie is still on the run in Spain, running a bar somewhere in the Costa del Sol and I think he still owes Phil money.

"I know Kat and Phil are bumping ugly at the moment, they’re getting together.

"So who knows, there might be a chance Alfie could turn up and spoil their little party. But you didn’t hear that from me."

Shane also joked Alfie could be a drag queen, in a nod to his character Loco Chanelle in stage show Everybody’s Talking About Jamie.

Speaking on Lorraine, he quipped: "Alfie Moon is a drag queen in Torremolinos."

In November, Shane admitted he would be up for returning to Enders, and told how Jessie and Adam Woodyatt (Ian Beale) informed him how "tough" it was filming under coronavirus restrictions.

He said: "I would love to go back. I think under the present climate, there are still restrictions at EastEnders but I speak to Jessie a lot and I speak to Adam, we have the same management anyway.

"They were saying how tough it is at the moment, but I think that is the same for Corrie and Emmerdale."

After borrowing £30,000 from Phil, Alfie offered his car up as collateral but he fled with the motor and supposedly the cash.

However, he later texted Kat and told her to check inside the back of a wardrobe, where she found the money.

Instead of handing it back to Phil, she used some of it to help pay for Jean Slater’s (Gillian Wright) cancer treatment.

EastEnders airs on Mondays and Fridays at 8pm, and on Tuesdays and Thursdays at 7.30pm.