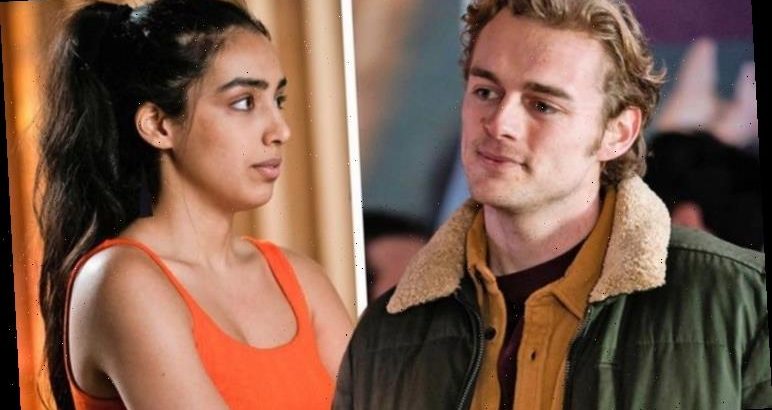 EastEnders’ Peter Beale (played by Dayle Hudson) doesn’t make life easy for himself after he and Ash Panesar (Gurlaine Kaur Garcha) sleep together, just weeks after he ended up in bed with her mum on the BBC soap. After Suki catches the pair in the act, she and her daughter are in a firey stand-off as she accuses Ash of throwing away her career for Peter.

In recent weeks, Peter ended up in hospital after falling and hitting his head when he was trying to impress Ash.

When she accompanied him to the hospital, just as a nurse was about to give Peter some more morphine, she was called out of the room.

Ash knew she wasn’t meant to intervene as she wasn’t on shift, but she decided to step in to help after seeing how much pain Peter was in.

After the nurse caught Ash administering the medicine, she was suspended pending an investigation despite Pete protesting he gave himself the morphine. 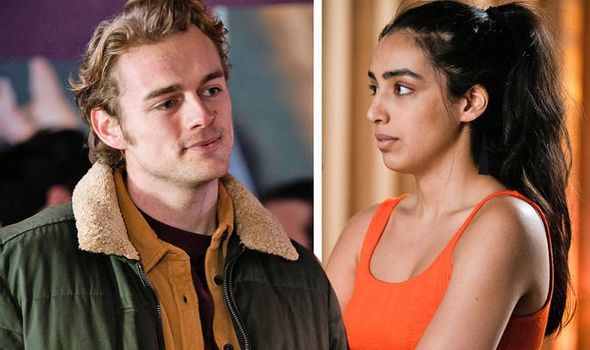 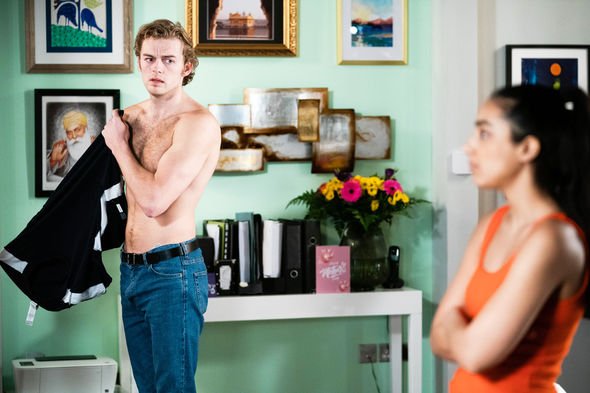 In scenes set to air next week, Kathy Beale (Gillian Taylforth) interrupts Peter and Ash having a moment, before she scolds her son for not spending time with Lauren and Louie now he has a girlfriend.

The pair meet up later and end up going back to Ash’s empty house where they sleep together for the first time.

It’s not long before Suki Panesar (Balvinder Sopal) comes back to ruin their romance and she ends up having a huge argument with her daughter over Peter ruining Ash’s career.

The couple are determined that everything will be okay at Ash’s hearing. But, what lengths will Suki go to, to protect her daughter? 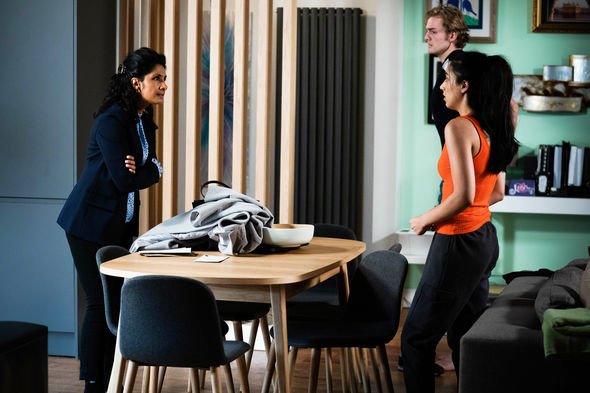 Suki demands that Ash do anything necessary to get her job back, although, in the end, she decides to take matters into her own hands.

Suki introduces herself to the consultant wanting to have a word about her daughter.

Later on, Ash arrives at Sharon’s (Letitia Dean) party and Peter apologises to her just as the hospital calls, but what will they say?

Unhappy that Ash and Peter have made up, Suki decides to stir things up with her daughter a little more by revealing that she threatened her boss at the hospital.

Speaking to Inside Soap, Dayle Hudson, who plays Peter Beale, has teased a big storyline for Peter, Ash and Suki. Could he have got Ash pregnant?

“There’s massive potential for them as a couple, they have qualities that will really benefit each other,” he began.

“Ash is very calm, she’s forgiving and playful, whereas Peter has been losing his playfulness.

“So Ash has brought that out of him and they’re a breath of fresh air for each other – it’s lovely.”

“What’s coming up next for Peter with Suki and Ash, is going to be massive,” Dayle continued.

“At first Peter didn’t realise that he was on Suki’s puppet strings, but he’s about to find out that she’s actually extremely terrifying.

“As time goes on, Peter starts to realise that Suki is not to be trifled with.

“Peter’s quite naive and sees himself as a bit of a knight in shining armour.”