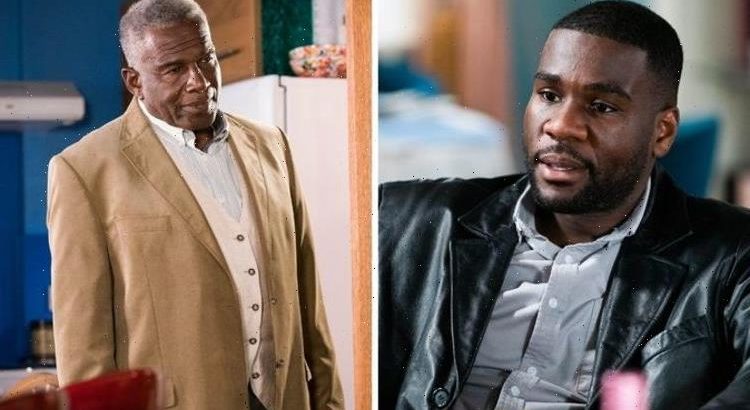 Isaac (played by Stevie Basaula) has become particularly obsessed with his late brother Paul Trueman (Gary Beadle), who died years ago. Although the two never met, Patrick Trueman (Rudolph Walker) has told Isaac all about his other son, and long-term EastEnders fans will remember how heartbroken he was when Paul was murdered. After not being mentioned for a while, BBC viewers will see Isaac’s medication plot continue in the coming weeks, but could he convince himself that Paul is in fact alive?

Martin starts to worry that youngster Arthur is missing his sister Lily Slater (Lillia Turner) as Ruby reminds him they can’t pander to Lily.

In the Café, he asks Lily to move back in but she’s happy with her grandma, Jean Slater (Gillian Wright)

Ruby overhears Lola on the phone to Lexi Pearce (Isabella Brown) and wonders if she has any tips on how to handle her stepdaughter. 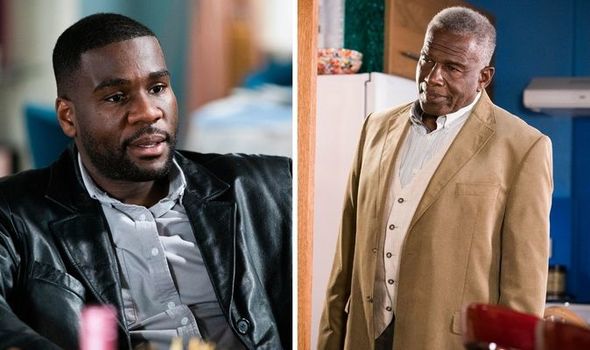 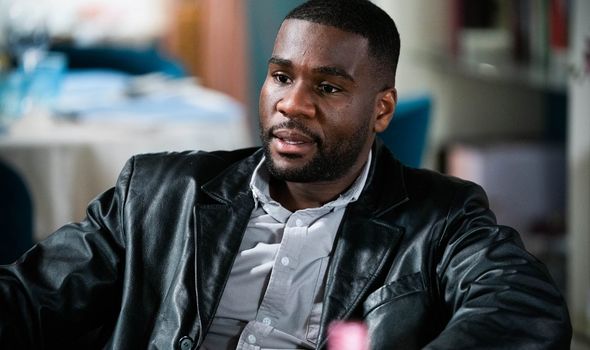 Isaac later snaps at Lola and is distracted again, putting it down to worrying about his students.

But he quickly changes his tune and takes Lola for a drink, unaware that Lola has clocked the small changes in her boyfriend.

Over at The Vic, Ruby thanks Lola for her advice and Isaac blurts out another suggestion he uses at school.

Ruby is appreciative of the help and invites them over to hers for a drink. 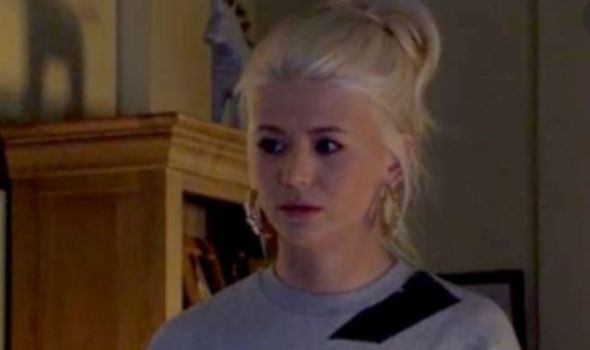 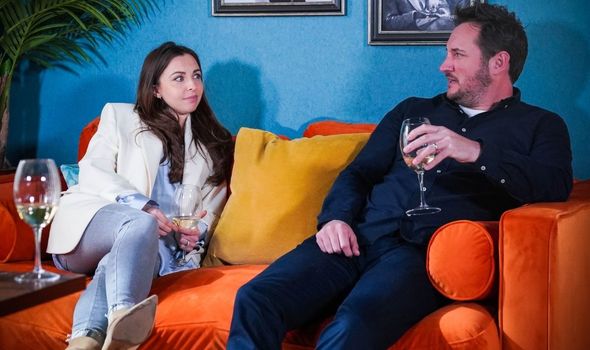 Lola muses that they might need to pull a rabbit out of a hat to help Arthur, and Isaac makes a call.

Isaac shows up late with a surprise – leaving Lola, Martin and Ruby flabbergasted.

As he explains, he senses the awkward atmosphere as Lola worries about the erratic gesture.

In the Square, Ruby invites Lola and Isaac for dinner later.

Lola agrees to sit in on Isaac’s visit with his nurse but her worries grow when Isaac lies to the nurse, saying that he’s keeping up his meds and routine.

But Isaac promises Lola he feels great. Later, Patrick feels emotional when Isaac tries on some of Paul’s clothes and they discuss Ruby’s dad, Johnny.

Ruby’s later taken aback when Isaac asks after Johnny at dinner, but warms up to talk about him eventually.

When they’re alone, Lola adds that Johnny was definitely no saint, leaving Isaac to wonder.

Isaac continues digging for information on Paul and asks Ruby and Martin to borrow their photo albums, pretending it’s for kids at school to see what Walford was like back in the day, Ruby is wary but Martin happily hands them over.

He shows Patrick who begs for Isaac to let this go but it’s clear Isaac has no plans to listen.”

Could Isaac, in his vulnerable state, be convinced that Paul is in fact alive, and start looking for him?

He confessed to Lola when they got together that he could relapse if he ever comes off his medication, and now that he has, he’s developed an obsession about Paul.

With even Patrick growing concerned, could Isaac be getting himself into a dangerous situation?