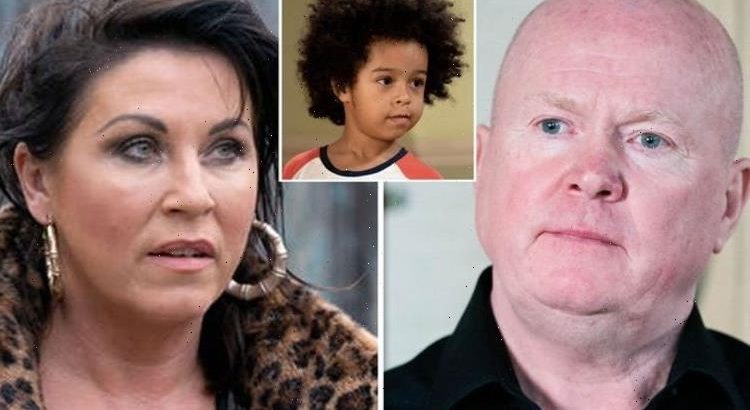 Phil Mitchell (played by Steve McFadden) has been desperate to have a relationship with his son Raymond ever since he helped Denise Fox (Diane Parish) bring him back home in EastEnders. However, will his new relationship with Kat Slater (Jessie Wallace) inspire him to kidnap his son so the couple can start a new life together?

In tonight’s instalment of the BBC soap, Kat begged Phil to open up to her after noticing it wasn’t happy.

Kat began: “We’ve got something here, we should be able to talk to each other

“There’s nothing to talk about,” Phil replied and Kat hit back: “You just stormed out the cafe.

“Look I ain’t budging until you tell me what’s going on in that head of yours.” 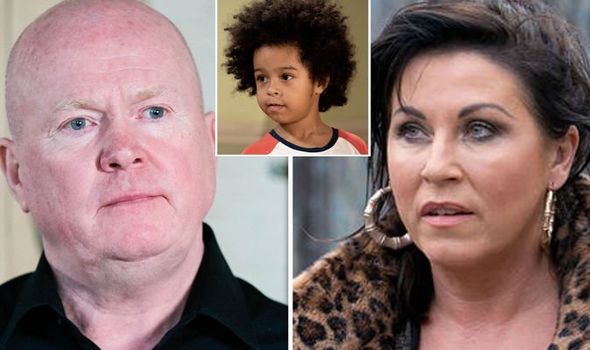 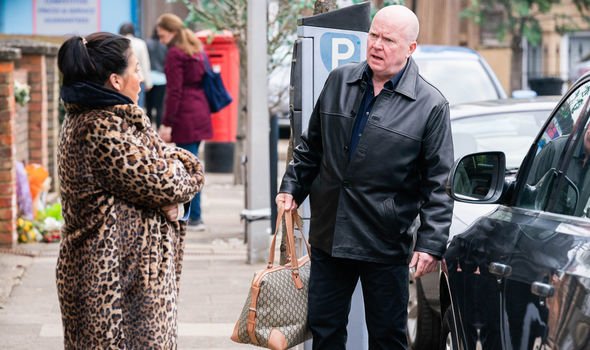 “I’ve got a grass here right under my nose,” Phil remarked and Kat protested: “This ain’t about Callum. I’m not your thick, it’s Ben, isn’t it? You’re missing him.”

“I’ve already got one son who has gone and another one I hardly get to see,” the dodgy dealer said.

“You can talk to me about these things,” the Slater matriarch added.

“Ben was all I had left, I was his family and he chose wrong,” Phil explained.

Kat argued: “You’re both too stubborn to make the first move, that doesn’t mean you’ve got to lose him.” 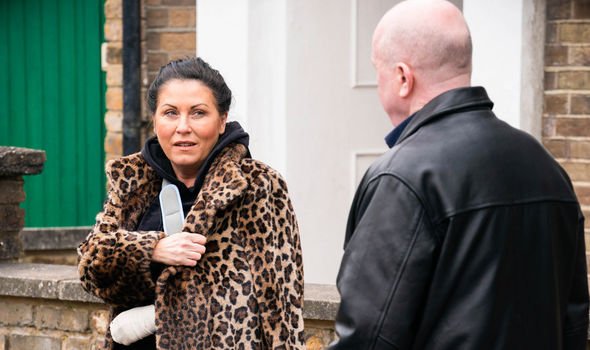 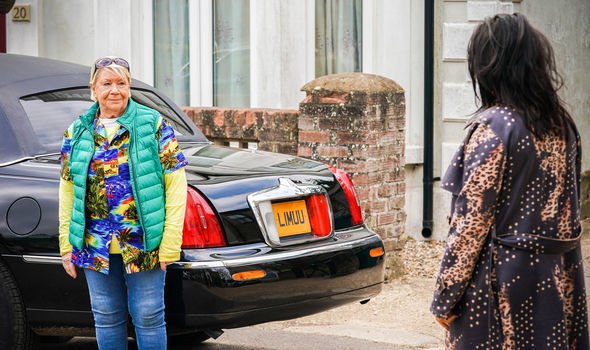 Later, Kat convinced Phil to find a way to be a part of Raymond’s life after being impressed with him looking after her three sons.

“I’ve been thinking about what you said not about Ben, about Raymond, you not getting to see him,” she said.

“He’s only across the square if you want to be his dad,” she said and Phil hit back: “Well it’s not that simple, is it?”

“Denise ain’t that bad, have you tried talking to her?” Kat asked and Phil told her she wants nothing to do with him.

“You can’t just give up,” Kat urged and Phil asked: “What am I fighting for? That boy hardly knows who I am.”

“Well you’ve got to make sure that he does, you’ve got a find a way to put yourself in his life another way,” the Slater mum said. “What have you got to offer that they don’t?”

“I suppose I could set up an account in his name and that will always be there for him whenever he needs it,” the dodgy dealer decided.

“I’ll tell you this, that boy will love and appreciate you for that,” Kat remarked.

“Just because he’s got Jack doesn’t mean he hasn’t got room for you in his life.

“Arthur had Kush and Martin and he loved it. No boy is in harm’s way because of too many dads believe me.”

Kat’s sons Bert and Ernie, who were listening to the conversation, asked Phil if he would attend a school meeting with them.

The Mitchell hard man agreed and this could be the first sign that he’s ready to settle down and be a family with Kat.

Phil didn’t want Denise to put Raymond up for adoption and was instrumental in bringing him back to Walford.

If the dodgy dealer sets up an account for Raymond but is still denied access, he may be driven to drastic lengths to spend time with his son.

Will Phil and Kat kidnap Raymond and create a life for themselves away from the square?

EastEnders continues on BBC One on Friday at 8.35pm.