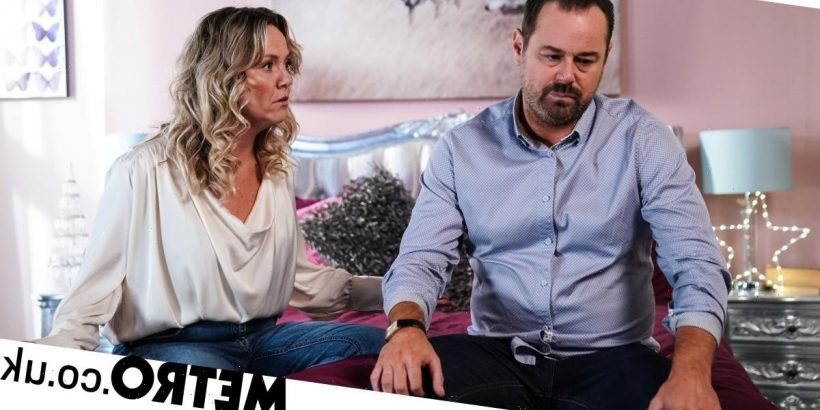 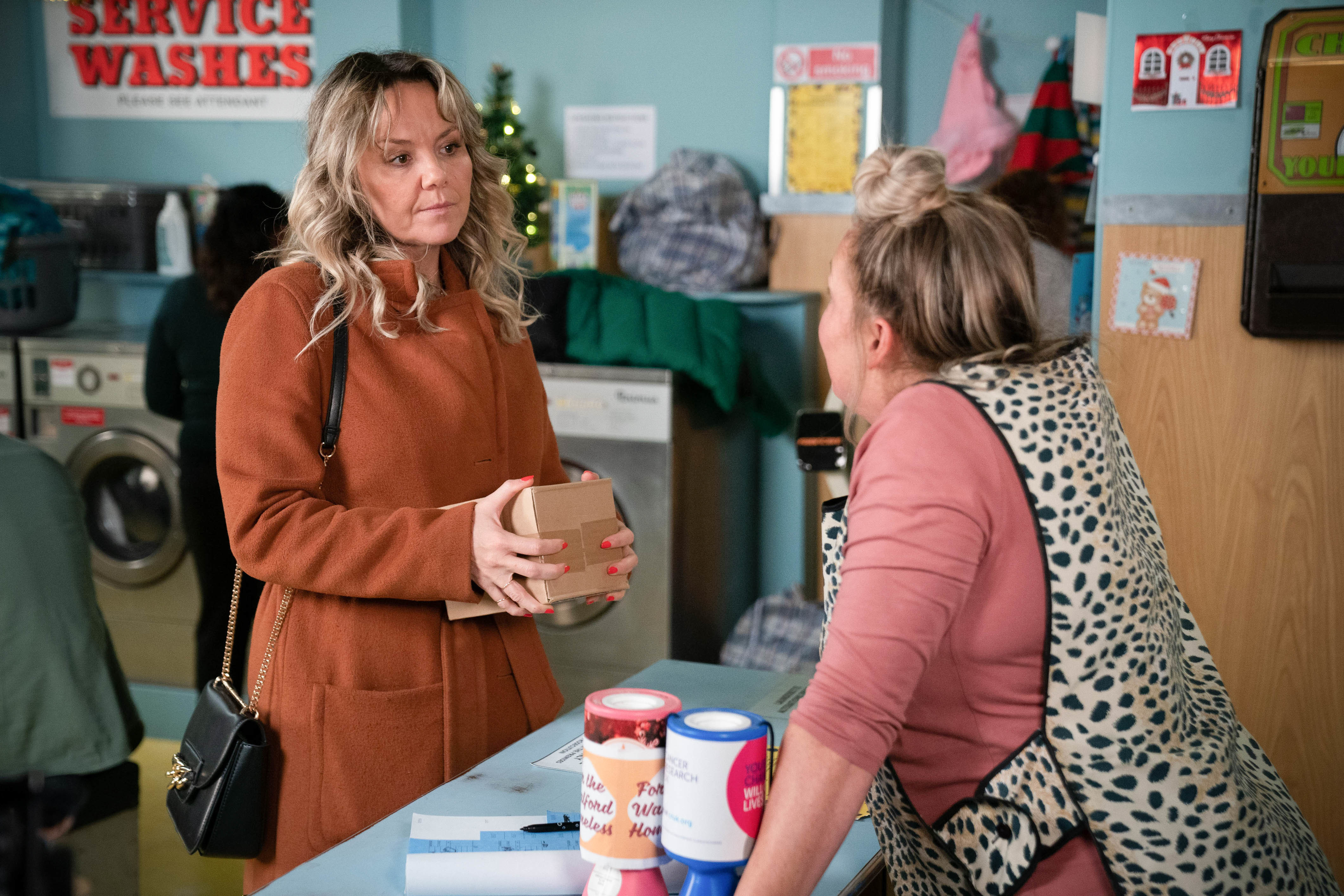 Janine Butcher (Charlie Brooks) has come up with a cunning plan in EastEnders, which came to fruition in tonight’s episode.

After discovering from Karen (Lorraine Stanley) that Mick (Danny Dyer) had been shopping for Ollie’s school shoes with Linda (Kellie Bright), paranoid Janine made a phone call to the registrar.

But just what was she planning?

Her jealousy was stirred up even further later in the episode, when Mick asked if she could cover him while he and Linda went shopping together for Christmas presents.

It was then that her phone rang, and her plan became clear.

The registrar had good news for the future Mrs Carter, as there had been a cancellation, meaning that the pair could get married in two weeks.

Janine snapped up the spot with a cunning grin.

She is yet to reveal the news to Mick, but how will he react to the wedding being so soon?

Actress Charlie Brooks revealed that her plan to bring forward the wedding is all to do with Linda.

‘Janine is feeling anxious, nervous, and excited – she wants to get it done. I think she’s terrified he’s going to fall back in love with Linda, so the desperation to do it is in full force. Ultimately, she wants to get them away from Linda now.’

The wedding is set to take place later in the month.

On the morning of the wedding, however, Mick asks everyone to leave so that he make the final touches alone. Linda interrupts his moment of solitude, and the former lovers share a heart-to-heart, with the landlady offering her former beau a way out of his wedding to Janine.

But will he take it?

EastEnders continues Thursday December 8 at 7:30pm on BBC One