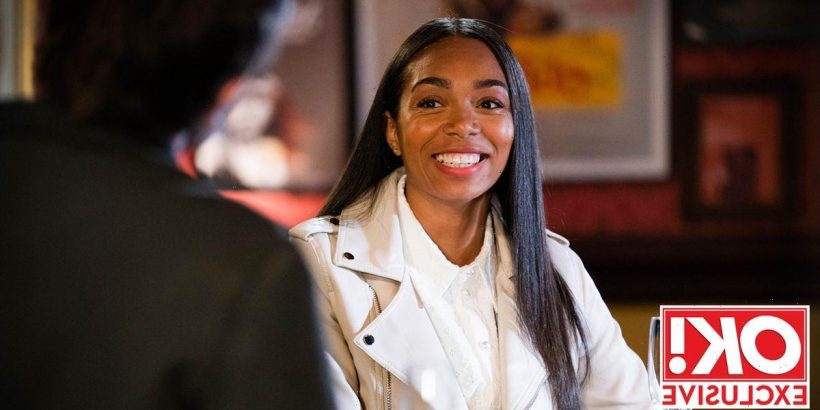 We know and love (or sometimes love to hate) their characters on screen, but now it’s time to discover all the behind-the-scenes secrets from our favourite soap stars.

In our new and exclusive interview, Soap Stars Coming Clean, OK! will be finding out all the juicy gossip about what happens when the cameras stop rolling, as well as the actors’ favourite memories with their co-stars so far.

First up, it’s EastEnders star Zaraah Abrahams, who plays Walford’s Chelsea Fox. The 34-year-old actress joined the BBC soap last year, but she was already a familiar face to soap fans, thanks to her role as Joanne in Coronation Street and Michaela in Waterloo Road.

Here, the down-to-earth actress reveals all about working on the iconic show, her decade-long bond with co-star Louisa Lytton, and why she’s hoping Friends actor David Schwimmer will soon make an appearance in Albert Square…

What’s your favourite memory on the show so far?

When I was in the Square filming scenes on Christmas Day. It was all lit up for Christmas and I was in a scene with Louisa [Lytton, who plays Ruby]. It was so magical and lovely. I used to watch EastEnders growing up as well as my mum and all her friends, so to be there at Christmas felt so surreal. It’s such an iconic show that I still can’t believe I’m in EastEnders.

Who are you closest to from the cast?

Di [Parish, who plays Denise] and Tameka [Empson, who plays Kim] have really adopted me and always call and check on me, or send me messages. Whenever we’re in scenes together, or even passing each other in the corridor, I always feel like I’ve got family there. I’m so lucky, they’re just the best. And also Louisa because we were friends before the show.

How did you know each other?

We go back eleven years. We did a tour of the play Vagina Monologues together and then we've been stuck to each other like glue until this very day. She actually did the audition with me as it was on tape, so she recorded me. When I found out that I did get it, we literally just screamed at each other down the phone. I have such a funny screenshot of our faces!

Ooh, it’s tricky! When Don [Gilet, who played Lucas] was on the show, he was hilarious. I mean, wet yourself funny. But me and Toby [Alexander-Smith, who plays Gray] do have a giggle. Oh, and Tameka! I’m going to give the trophy to her. She’s the funniest.

Is it hard to keep a straight face when you’re filming with her?

It’s so hard as she has all these little ab-libs that are not in the script that catch you off guard. And it’s her facial expressions – just everything about her, she’s hilarious.

What do you always have in your dressing room?

KitKats. I never get to make it into the snack box on set as I’m always in a read through, so I have to make sure I’ve got those with me. I’ve got a lovely little dressing room next door to Gilly [Taylforth, who plays Kathy], who is always playing lovely tunes, and Emma [Barton, who plays Honey].

Which celebrity would you love to see doing a guest role?

Ross from Friends. He’s one of my favourite human beings. I don’t know where he would slot in – maybe in the Cafe or the Laundrette or something. He does a lot of British shows so I wonder if he can be persuaded…

If your character could have a romance with anyone in Albert Square, who would you choose?

Maybe Zack Morris, who plays Keegan. He’s a bit younger than Chelsea, but I think she’d be quite manipulative and get what she wanted out of him.

If you could play another character, who would it be?

Sharon. She literally is EastEnders. She owns every scene and set that she’s on. She’s just the boss.

What’s the funniest fan encounter you’ve ever had?

I was once sitting at the traffic lights and someone was walking past on the street and then they chased the car. It was quite a Hollywood moment. (Laughs) I thought, “I’ve made it!”

If you could choose another soap to star in, what would it be?

Either Sunset Beach or Home & Away. I loved Home & Away when I was younger.

If you weren’t an actress, what would you be doing?

I actually never wanted to be an actress. I went to a theatre school that had an agency attached who sent me for an audition. Then I kept getting roles ,so I thought, “Ok, I guess this is what I’m doing now!” Otherwise, I’m a very organised person so I could have been a PA, or I love shopping so I wouldn’t mind being a personal shopper, either.

For more news on your favourite soaps, sign up to OK! newsletters here. EastEnders continues on BBC One and BBC iPlayer