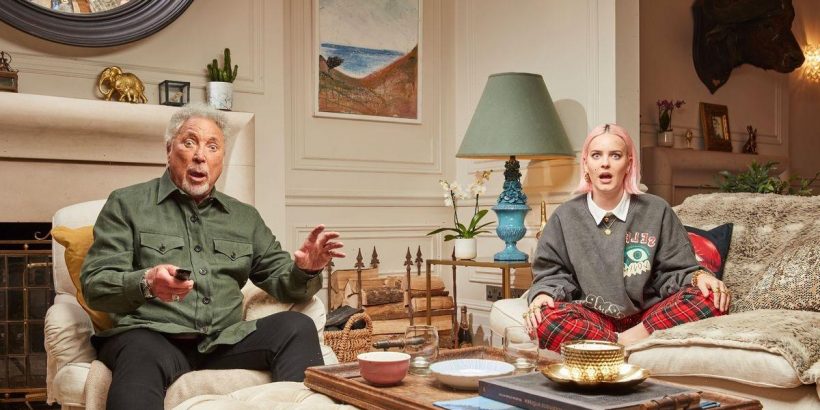 Ed Sheeran will be gracing the Gogglebox sofa to watch telly in front of the nation after Channel 4 managed to sign up the hit maker for a celebrity special episode.

The 30-year-old Shape of You singer will join forces with his fellow chart-topping artist Anne Marie in an episode airing on Friday (July 9).

The mega music stars will be taking on the role of couch potatoes as they review the latest and greatest TV shows from the past week.

Speaking about the upcoming episode, 30-year-old Anne-Marie – who has already starred on Gogglebox alongside music legend Tom Jones – revealed she was over the moon to be able to catch up with Ed after not seeing him for so long due to the lockdown.

She told The Sun: "I've asked one of my best friends, Ed Sheeran, to join me on Gogglebox.

“I haven’t seen him in real life for so, so long and when we used to hang out, we would always watch lots of TV. So it will be like old times. I can’t wait.”

Ed made an explosive studio comeback in June with his new single Bad Habits – which has since gone to No1 in the UK charts – and it's the lead single from his upcoming studio album.

Taking to to Twitter on Saturday, Ed celebrated the No1 and thanked his fans in a sweet video, saying: "So, Bad Habits has gone No1 in the UK.

"I want to say thank you so much to everyone who made this happen. I've been away for such a long time and I really don't take this for granted.

"Thank you for making me feel the love and hopefully next week it will be knocked off the No1 spot by Three Lions as we're going to win the Euros. It's coming home."

Just last week, Jonathan Ross thrilled viewers on Twitter who became distracted by his massive sofa and cute cohort of dogs – prompting some viewers to count how many dogs they could see hidden in the couch.

One curious viewer wrote: "What size sofa is that Jonathan Ross on? And who are the crowd he's with?"

A second took to playing "spot the dog" rather than focus on the episode itself and said: "Just trying to spot how many dogs Jonathan house amongst them blankets, I think it’s four."

Another was highly impressed by the couch and penned: "Fascinated by the massive bed/sofa absolute dream piece of furniture in @wossy lounge! What is this?"

A fourth then added: "So, does anyone know where I can get @wossy's giant sofa."

Gogglebox continues at 9pm on Channel 4 next Friday.