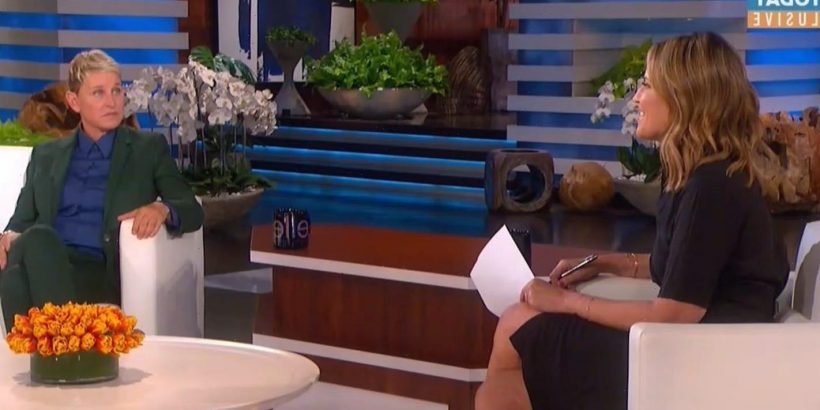 Ellen DeGeneres is opening up more about the allegations of a toxic workplace at her daytime talk show after she announced “The Ellen DeGeneres Show” would be ending in 2022 after 19 seasons.

In an interview on the “Today” show Thursday, the comedian said that the allegations that plagued her career last year felt more targeted because of her gender.

“I have to say, if nobody else is saying it, it was really interesting because I’m a woman and it did feel very misogynistic,” the 63-year-old told Savannah Guthrie in a segment taped in the “Ellen” studio the day prior – the same day she informed fans of the show’s finale.

Last year, allegations of toxic workplace conditions and mistreatment came to light, three executive producers were ousted as a result of an internal workplace review and DeGeneres apologized privately to her staffers and publicly on air last September.

Although every talk show has dropped in the ratings this year, the decline for “Ellen” has been steeper.

In her first episode back after the allegations arose over the summer, DeGeneres told viewers it was “tricky” to be known as the “be-kind lady.”

“No, I’m not bulletproof and no, I don’t have a thick skin,” she told Guthrie. “I’m extremely sensitive to the point of it’s not healthy how sensitive I am. When something is coming back at me that I know is not true – I guess I could take one or two of those shots, but four months in a row took a toll on me.”

Following the “devastating” claims, DeGeneres said she seriously considered “not coming back” and maintains she had “no idea” and “still (doesn’t) understand” the claims.

“I thought something was going on with that, because it was too orchestrated, it was too coordinated. And, you know, people get picked on but for four months straight for me, and then for me to read in the press about a toxic work environment, when all I’ve ever heard from every guest that comes on the show is what a happy atmosphere this is, and how, what a happy place it is.”

She added: “I don’t know how I could have known when there are 255 employees here, and there are a lot of different buildings here, unless I literally stayed here until the last person goes home at night. It is my name on the show so clearly it affects me and I have to be the one to stand up and say, ‘this can’t be tolerated,’ but I do wish somebody had come to me and said ‘hey, something’s going on that you should know about.’ “

The longtime syndicated daytime talk show host addressed fans directly about her decision to end the show in a four-minute monologue that will be broadcast on Thursday’s program.

Watch: Ellen DeGeneres explain why she is ending her show in 2022 in four-minute monologue

“Two years ago, I signed a deal for three more years and I always knew in my heart that Season 19 would be my last,” she said.

“The truth is, I always trust my instincts. My instinct told me it’s time. As a comedian, I’ve always understood the importance of,” she said, pausing: “timing. In all seriousness, I truly have felt like next season was the right time to end this amazing chapter.”

Reflecting on the monologue on the “Today” show, DeGeneres said she got “choked up saying this is the best experience of my life, because it has been.”

DeGeneres also addressed how the news had been “leaked,” noting it was an “emotional experience” letting her team members know.

“I’m glad that before it leaked, I got to tell my staff and my crew, from my own words – that they didn’t hear it anyplace else,” she said. “Because I haven’t been sleeping. I’ve been trying to, you know, anticipate how to tell them and, you know, hope that everybody would take it okay. A lot of people were very emotional. I got emotional.”