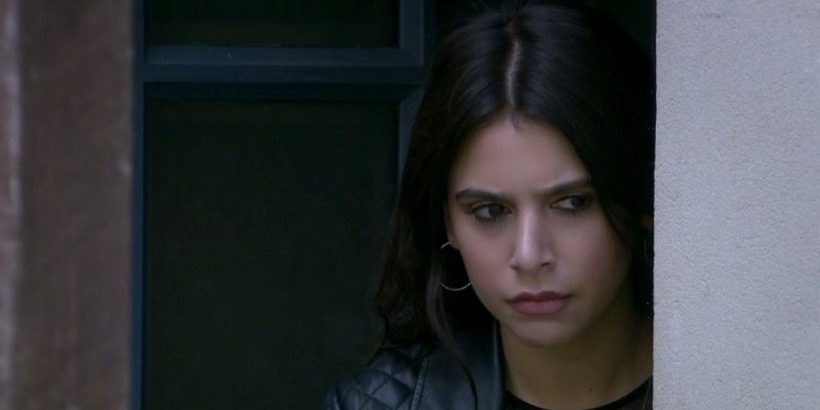 During the episode, Meena, whomurdered Leanna Cavanaghand has been secretly terrorising Victoria, used a key hidden under a plant pot outside her home to let herself in.

However, soap watchers were baffled as to who still keeps a key outside their home, especially after Victoria has experienced a series of crime in the village.

Only recently, Meena broke into Victoria's house once again where the latter, unaware who the person was, threatened to call the police and last month Victoria was evenheld hostage by Russ, which resulted in David Metcalfe being shot.

Taking to Twitter, soap watchers shared their confusion as to why Victoria would still leave a front door key outside her home after everything she has been through recently.

One person said: "Who on Earth still puts the house key under the plant pot? #emmerdale."

A different account put: "#Emmerdale amazing with all the crime in that village, that people still leave their keys under the plant pot."

Another follower commented: "So are you telling me, from the last time Victoria you were broken into, you still leave the keys under the flower pot, duh. #Emmerdale."

A different soap watcher penned: "Do people really leave keys to their home underneath a plant pot? No one I know does. #Emmerdale."

While another viewer added: "Do people still leave the front door key under a plant pot outside? #Emmerdale."

After breaking into Victoria's home, Meena issued a chilling warning and told her to keep away from her boyfriend David amid his recovery from the gunshot, saying: "It gives David space to recover."

The episode ended with Meena switching David's pain medication in a bid to keep in pain so she can look after him.

It comes after Emmerdale released a chilling new trailer involving Meena ahead of the ITV soap's explosive autumn stunt week.

In the spoiler video, it teases danger for several of the village's residents as Meena, played by Paige Sandhu, warns: "There's no way out."

During the chilling trailer, it sees several of the village's residents trapped in a maize maze as a cover of Britney Spears' Toxic is played over the top.

It starts with David frantically searching for Victoria Sugden, who Meena has been threatened by as she has feelings for her boyfriend, as he yells: "Vic!"

Also caught up in the maize maze is Priya Kotecha and Ellis Chapman, Charles Anderson, who is looking for Andrea Tate, Meena's sister Manpreet Sharma, and Mackenzie Boyd and Charity Dingle.

For all your updates on Emmerdale, sign up to our daily OK! newsletter.