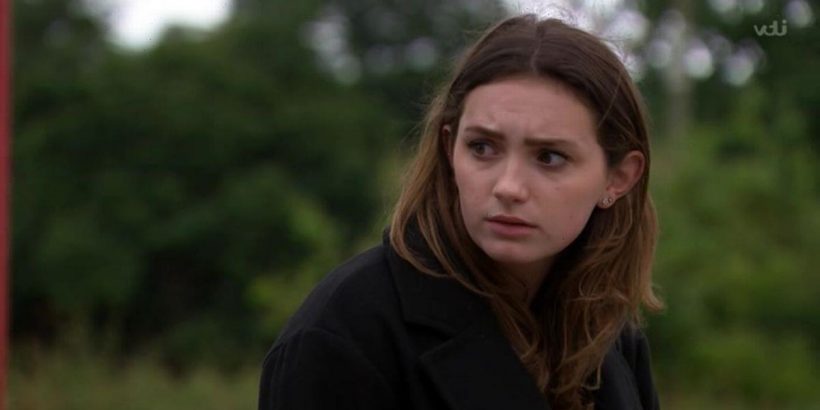 Emmerdale fans were begging Gabby to protect her baby from Kim during Monday's episode, after she overheard Kim on the phone trying to gain custody of Millie.

Earlier in the episode, Kim had also tried to persuade Gabby to draw up a will, giving her sole parental rights to her child, and fans took to social media to tell Gabby to 'run'.

One viewer said: "Don't let it happen Gabby", while another said: "Gabby heard everything Kim. Do a runner before it's too late."

Fans were concerned by tonight's turn of events in the episode, with one viewer saying: "I hope Kim doesn't get Millie or the baby."

However, other viewers noticed that Kim wasn't being secretive on her phone call, with one fan saying on social media: "Kim's meant to be clever, yet she's talking loudly where anyone could hear."

Emmerdale writers left fans on a cliffhanger too, with Diane suggesting to Gabby that they both move to Portugal.

"Go on Gabby, do it," said one viewer, while another questioned whether their move to Portugal will go ahead: "Diane and Gabby plan to leave, but will they get away or will Kim find a way to stop it?"

Many fans have delighted in the suggestion from Diane, hoping that the beloved character will move away from the village, rather than be killed off, following the news that the character is leaving the soap.

Actress Elizabeth Estensen, who has played Diane Sugden for 20 years, announced she was leaving Emmerdale in September.

Diane fans were also delighted with the character standing up to daughter Bernice, after she went against Bernice's advice to rest and instead, met with her friends in The Woolpack.

Fans took to social media to share their love for the character, saying: "Why could we not have more of drunk Diane. She is brilliant," while another said: "Love drunk Diane – she's been saying stuff we've all been saying."

During her time on Emmerdale, Diane Sugden has been a part of some of the soap's major plotlines and was also the owner of the The Woolpack Pub until 2016, becoming one of Emmerdale's most beloved characters.