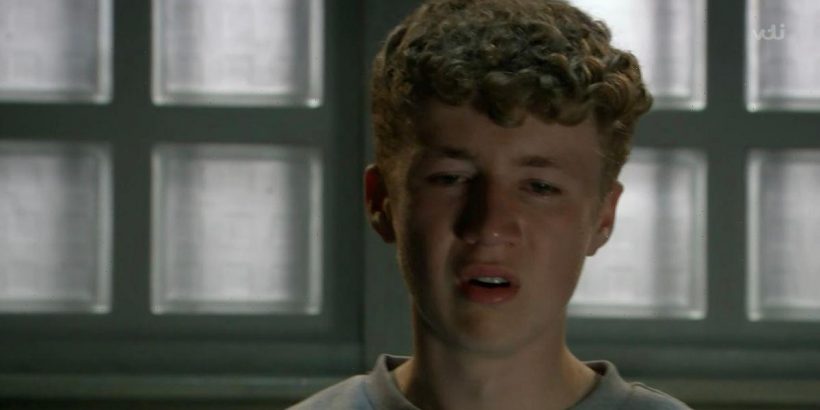 Emmerdale fans have demanded a longer sentence for Noah Dingle after stalking his then love interest Chloe Harris.

During Tuesday’s (June 7) instalment of the popular ITV soap, the teenager was sentenced to three months behind bars for his cruel intentions to the strawberry blonde resident.

And it’s fair to say the former shop assistant was devastated by the traumatic news as he burst into tears after the judge passed the sentence in court before he was escorted to his cell.

But many viewers at home were furious at the result as many complained three months wasn’t nearly a long enough sentence for him after he spent months attempting to win Chloe’s affections.

After the motion was passed, a swarm of fans flooded to Twitter to voice their disappointment online.

One user penned: “# Emmerdale ffs it’s 3 months he’ll be out in 6 … should’ve been 3 years with no possibility of parole until after 5 years [winking emoji].”

Another added: “That’s Noah back in September and then committing an even worse crime by October week then! 3 months is nowhere near enough #Emmerdale.”

A third pointed out: “three months that’s nothing well at least the girls will be safe lmao [cry laughing emoji] #Emmerdale.”

Soap watchers now believe they have worked out an upcoming twist for Noah as he adjusts to his new life behind bars in the same prison as Chloe’s gangster father.

Loyal fans of the show will remember that Chloe ran away from her controlling father Damon last year, where the criminal was sent down and hasn’t been seen on the soap since.

Now fans suspect that the violent dad will return to the show to teach the teen a lesson after abusing his daughter for months on end.

Taking to Twitter, fans predict Noah will deeply regret his mistake, as one fan wrote: “So, I take it Noah’s cell mate will be Chloe’s father? #Emmerdale?”

Another followed up with: “Chloe’s Dad will be waiting for Noah then I guess? #Emmerdale,” as a third agreed: “Cue him meeting Chloe’s daddy #Emmerdale.”