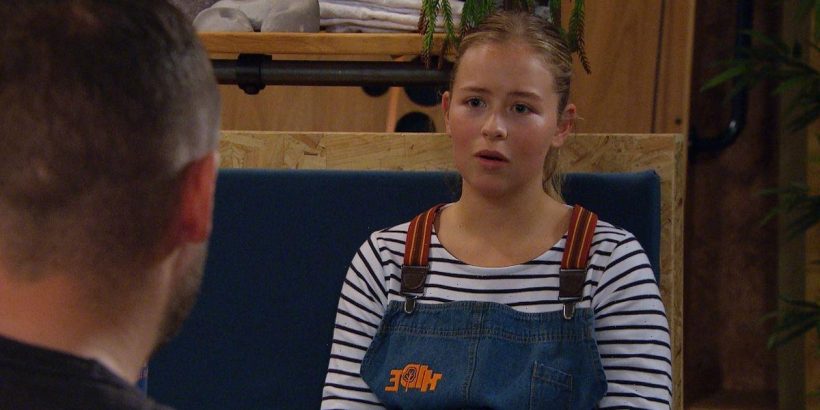 Emmerdale fans are worried for the fate of Liv Flaherty after her soap brother's exit was confirmed.

Actor Danny Miller – who is currently competing to win stars in the I'm a Celebrity… Get Me Out of Here! castle in Wales – announced ahead of his reality show stint that he would quit the soap for good.

And his on-screen sister, played by Isobel Steele, could follow in his footsteps after Danny's exit storyline appeared to be confirmed on Monday evening.

As his boyfriend Ben said he'd been offered a job in Cornwall, Danny's character Aaron said they would soon be upping sticks to move there with him – and Liv was welcome to come along.

But the teenager didn't seem thrilled at the prospect, as she reminded Aaron that their family and business is up in Yorkshire.

"You're leaving this place? You're leaving me?" she begged, as Aaron replied: "Course not! If we do go, we want you to come with us, obviously."

Liv told her brother: "It's a long way away from all our friends and our family!"

Aaron encouraged his sister to join him, however – and it's left viewers worried Isobel could be quitting the soap too.

The star has been in some epic storylines over the years, including being locked up in prison while Gabby Thomas got off scot-free, and battling with alcoholism.

Another added: "TBF Aaron and Liv have had a miserable few years in this show, maybe they need the change," with a crying emoji.

As someone else quipped: "I'd rather be in Cornwall, Liv!"

Danny originally announced he would be quitting the soap after starring as Aaron Dingle for 13 years while speaking to The Mirror.

He explained that he was "very emotional" about his decision and that it had been a "big part" of his life.

Speaking about joining this year's I'm A Celeb line-up, Danny said: "And so after lots of discussions, I’ve said yes! I’m A Celebrity is the biggest show in the country and I want to show people what I am like as Danny rather than as Aaron.

"It will be nice for people to see me not crying but having a laugh! I am a fun guy at home and I’ve been known as Aaron now for 13 years – it’s good to step outside your comfort zone."