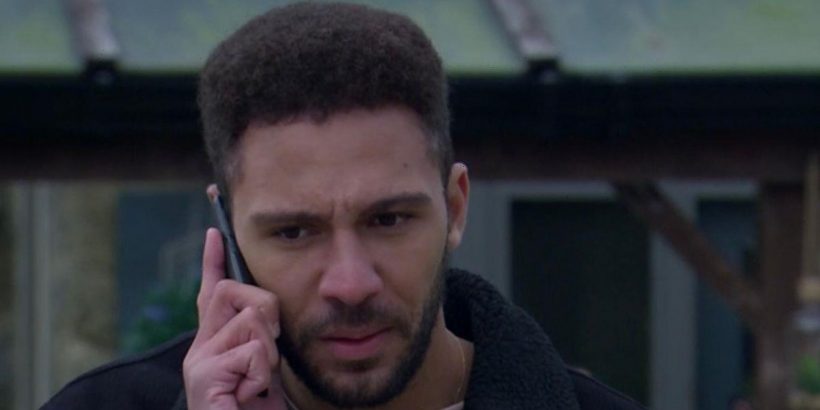 Emmerdale fans think they have figured out how Billy Fletcher will be saved from murderer Meena Jutla as she planned to kill him on Wednesday's episode.

Only recently, village murderer Meena has been keeping Manpreet Sharma and Vinny Dingle locked up in an abandoned barn and planning to kill them both in a horrific double murder plot.

And during the latest instalment, Meena put her evil plan into motion after Liam Cavanagh discovered she had lied about the baby and miscarriage.

Soap fans will recall that Meena claimed she was pregnant after Billy dumped her for his ex Dawn Taylor and she pretended to have lost the baby following The Woolpack pub explosion.

During Wednesday's chilling episode, it ended with Liam telling a stunned Billy and Dawn the truth about Meena and the baby.

As Billy rang Meena for answers, she asked him to meet her alone at the barn as she went and turned off the Dingle van which she had left running, telling Manpreet and Vinny they were getting another visitor.

It ended with Billy running off into the village to meet Meena while he left a stunned Liam and Dawn standing in the background.

Soap watchers have now predicted that Liam and Dawn will be concerned about Billy so will follow him without him knowing and be able to rescue him from Meena.

Taking to Twitter, one person said: "Let Liam and Dawn follow Billy in a different car, Liam said she was angry when he spoke so he knows what she’s capable of #Emmerdale."

A different account put: "Why is Meena getting him to go to the barn? Hopefully Liam & Dawn follow him and stop her #Emmerdale."

Another follower commented: "I hope Meena doesn't kill Billy as well. At least Liam and Dawn know about the fake pregnancy. Liam just needs to find out about Leanna now. #Emmerdale."

While a different soap watcher added: "Be funny if Billy turned up with the cops. Talk your way out of that Meena #Emmerdale."

For all the latest cast updates and juicy Emmerdale spoilers, sign up to our daily OK! Newsletter . Emmerdale continues weekdays at 7pm on ITV.