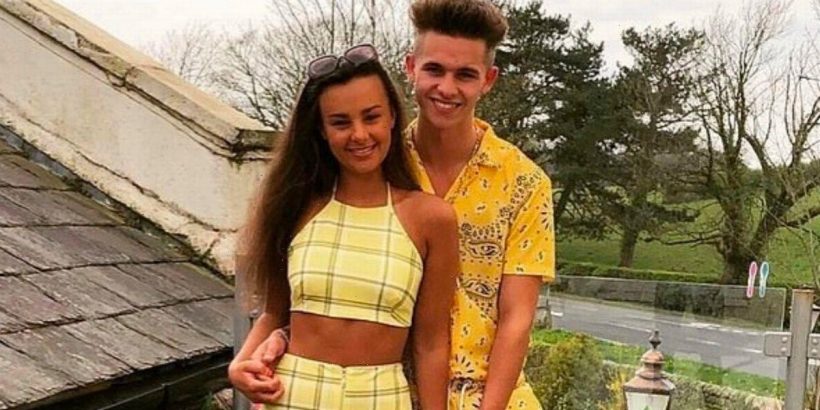 Emmerdale’s Jacob Gallagher is having a rather rough time of it love-life wise recently, after the death of his partner Leanna Cavanagh.

After getting closer to newcomer Chloe, things looked set to get complicated – but she has since moved on with Nate.

And for actor Joe-Warren Plant, things are similarly dramatic after he split from his older model girlfriend after his Dancing On Ice stint.

He has since moved on with someone else, but rumours have abounded about a reunion with model Nicole Hadlow since they went their separate ways.

To celebrate the actor turning 20, Daily Star takes a look into his love life away from the ITV Dales – from his awkward break-up to his new partner.

Joe-Warren was dating model Nicole Hadlow from 2017 until 2021 – with the pair marking various landmarks together.

Nicole, now 26, is six years older than her ex-boyfriend, and was usually pictured alongside him in a series of cosy snaps.

The pair twinned in matching yellow outfits just days after Joe-Warren turned 18 in 2020, with Nicole stunning in a plaid two-piece featuring a halter-neck crop top and trousers.

Joe, meanwhile, opted for a matching button-up shirt and shorts in a deeper shade of yellow dotted with a paisley pattern, adding a pair of white trainers to complete the look.

However, things soon turned sour for the pair, with sources reporting to The Sun that Nicole wasn’t happy about all the hours Joe was spending on the ice with his professional partner Vanessa Bauer.

One insider said: “He's been spending hours on the ice with Vanessa and the trainers and it has been tough on them.

"Joe is mad for Nicole and obviously wants to make this work but it has been tough.”

Soon after, reports emerged that Nicole had ended things with Joe – leading him to move back in with his mum after originally sharing a place with his partner.

A source added to The Sun at the time: “Nicole felt sidelined and he’s done little to put her mind at ease.”

Nicole went on to delete all the snaps of the pair together from her Instagram page, with rumours of a Dancing On Ice curse already swirling.

Fans were sure the pair had rekindled their romance after Nicole posted a cryptic quote on social media about ‘forgiveness’.

The pair went on to follow one another back on Instagram after the shock split, with Nicole sharing a post which read: "We don’t know what tomorrow will bring. So don’t stay mad for too long.

"Learn to forgive and love with all your heart."

It concluded: "Don’t worry about the people who don’t like you. Enjoy the ones who love you."

However, it clearly wasn’t meant to be with Nicole, as Joe has since moved on with a new girlfriend.

A source told The Sun of the new romance: “Joe and Anna are totally smitten with one another and feel now is a good time to let the world know they're an item.”

The source added that the pair have been spending a lot of time together at charity events, and “make each other really happy”.

Joe also shared a sweet snap of the pair together with a love heart emoji to his Instagram Stories.