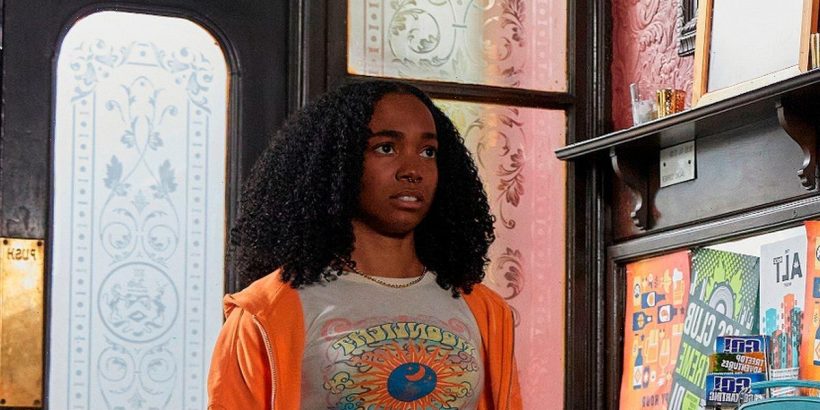 Emmerdale fans have recently been introduced to newcomer Karene Peter who is currently playing Naomi Anderson.

The character is the long-lost daughter of Charles Anderson, who's played by Kevin Mathurin, and the pair reunited in recent scenes.

Charles' ex-wife Esme welcomed a daughter into the world 22 years ago and he's now come face to face with her after discovering the paternity news back in October.

Charles cheated on Esme shortly after his Ethan Anderson was born, while Esme was suffering from post natal depression.

However, she chose to keep her pregnancy a secret at her relationship broke down, later giving Naomi up for adoption.

Even though mother and daughter were eventually reunited decades later, Charles decided he initially did not want to meet his daughter.

The actress is 31 years old, nine years older than her character in the ITV Soap. She previously documented her 30th birthday in January on her Instagram page writing a short heart-warming essay.

She posted a series of snaps as she enjoyed her special day in a slim fit marble print dress, posing for the camera as she clasped a clear balloon with shiny metallic confetti inside displaying the number 30 on the front.

Taking to social media, the brunette beauty wrote: “Grateful is an understatement. I know for many people this past year has been all manner of things, but in all honesty I have been nothing but blessed with lessons, opportunities, growth, beautiful friends, family and more.”

Adding in the caption : “Thank you for all the well wishes, beautiful words and love. Here’s to everlasting abundance in this human experience”.

But viewers might be mistaken for thinking she’s appeared elsewhere, but that’s because she has done an extensive array of drama’s.

Noami has previously had roles in the likes of BBC's Doctors and ITV's Unforgotten.

She was cast in a regular role in the CBBC series, The Sparticle Mystery and she was featured last year several times as Apprentice Midwife Georgette Bains in Call The Midwife.

But the actress is a long-time soap fan and took to social media to express her excitement about joining the soap.

She posted a snap of the show’s large logo plastered on one of the walls in soap’s production offices.

She captioned the post: “POV: You’re a new series regular on Emmerdale.” Alongside a movie clickboard emoji.
⠀
The actress added: “Here’s to the beginning of what I’m sure will be a very interesting journey! Welcome Naomi to ya screens from 5th July onwards”.

It’s clear the actress has a taste for the high life as she has previously taken to social media to post a series of glamorous snaps including a few from the 2022 British Soap Awards Red Carpet where she was seen in a backless floor-length lime green satin dress.

She also has a penchant for traveling and can be seen relaxing in the sun at various exotic locations.