Last night (October 5) Emmerdale gave fans everything they ever wanted out of life and more with the long anticipated (second) wedding of Aaron Dingle and Robert Sugden.

Well now you lucky lot are getting even more, as ITV have released a deleted scene from the episode, which features Aaron giving Robert a very special gift that was believed to be long since lost.

“I kind of kept it when we broke up,” Aaron admitted. “I told myself it was to annoy you, but it wasn’t. It was proof that you never really lost me either.”

It’s kind of ironic that a scene involving a watch ends up being cut for time, isn’t it?

Actors Danny Miller and Ryan Hawley spoke to Digital Spy on the set of the episode and said that although they were hesitant at first to have a straightforward wedding without a huge explosion or accident, the way it turned out actually felt right to them in the end. 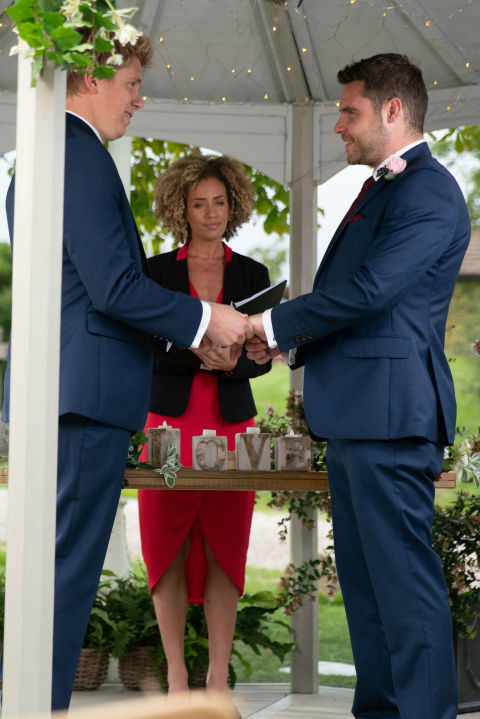 They also joked that Aaron and Robert going off on their honeymoon is the perfect setup for a straight-to-DVD spinoff. They laughed that it would go straight to the bargain bin, but we feel like a lot of you out there would eat that right up (and we don’t blame you!).

But while the boys are off enjoying married life, a familiar face is set to return and bring plenty of drama to the soap next week.

Emmerdale airs weekdays at 7pm on ITV, with an extra episode at 8pm on Thursdays.