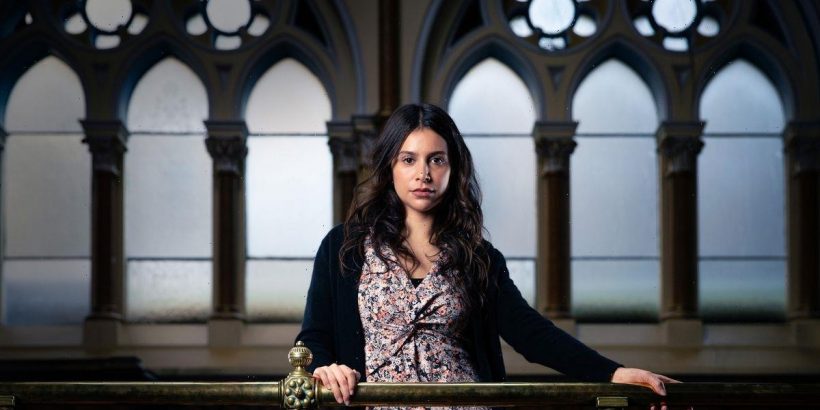 Tension seeps through the village in Emmerdale as Meena’s trial begins and those not attending try to distract themselves from the anticipation.

Liam (Jonny McPherson) takes to the stand and the jury members seem sympathetic as he fights back tears, but it’s not long before he’s accused of conducting an affair with Meena. He lashes out and later worries he might have lost the support of the jury.

Manpreet (Rebecca Sarker) is determined to destroy her sister in court, but it’s not long before her past is brought up in an attempt to paint her as a liar. Meena seems to relish in the spectacle and ignores her lawyer’s advice not to take the stand the next day. She paints an Oscar-worthy picture of a victim.

After a very difficult few days in court for those attending, Meena’s verdict is in and the news of the trial sends further shock waves through the village.

April organises a surprise birthday party at The Woolpack for Rhona, (Zoe Henry) but the conflicted vet is desperate to visit Marlon (Mark Charnock) and feels guilty about lying to April about it when she asks to come with her. In hospital, Rhona pleads with Marlon to allow April to visit him.

April finally sees her dad in hospital and the visit is a success, with Rhona formulating a plan to get Marlon home sooner.

And Wendy is suspicious that Leyla (Roxy Shahidi) is hiding something. See all the latest Emmerdale spoilers below…

Liam’s under pressure as he goes into the witness box

Has Manpreet got the strength to take her sister down?

Wendy feels suspicious when she questions Leyla about her whereabouts the previous day. Is she hiding something?