When Andrea Tate (played by Anna Nightingale) arrived in the Emmerdale village, she immediately found herself embroiled in drama with Kim Tate (Claire King), who made it very clear she didn’t want Andrea to be involved in her son Jamie Tate’s (Alexander Lincoln) life. Despite the tension, Andrea and Kim have been rubbing along nicely with one another, living under the same roof and pretending to play happy families.

But all that could change when Kim and Jamie find out the real reason Andrea is hanging around.

Soap spoilers have revealed Graham Foster (Andrew Scarborough) is going to be dragged into a paternity drama next week when Millie is knocked over by a horse Jamie is riding.

Having been admitted to hospital, Graham overhears Millie’s date of birth being divulged and alarm bells ring, taking him back to the time he and Andrea spent a night together.

Cornering Andrea, Graham asks her whether he is Millie’s biological father, and her shady behaviour raises suspicions. : 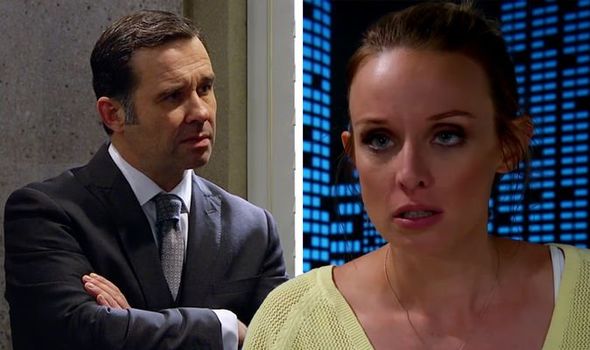 Unable to get the truth, will Graham go to extreme lengths to expose Andrea?

It comes as the actor who plays the businessman has spoken out about a possible motive Andrea is harbouring.

When asked if Graham believes Andrea is telling the truth about Millie, Andrew said: “No he doesn’t at all.

“He’s always slightly suspicious of Andrea because she did take some money to follow a young man about. 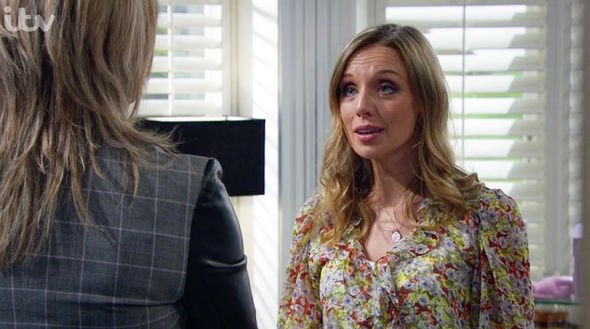 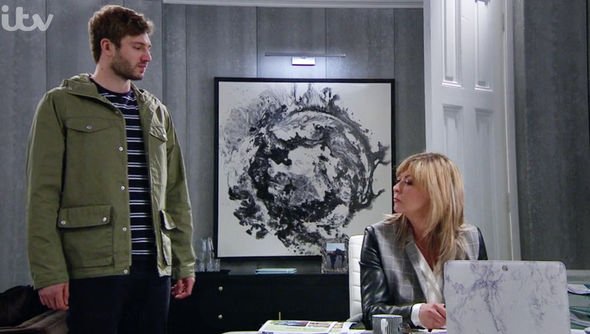 “And then ended up marrying him, once she found out – he doesn’t know this, but suspects – she found out he was rich, etc,” he explained.

“Or must be rich because Graham was paying her to follow him.

“She will sell her soul to a devil, so far it’s only an opinion because you haven’t seen that in Andrea.”

To add to this theory, Andrea was complicit in the former scheme to take Kim down.

A few months ago, Jamie and the other vets in the village tried to get Kim to sign over her share in the business to her son.

Andrea was involved in this, albeit on the sidelines, she encouraged Jamie to go ahead with the idea.

Therefore, it wouldn’t be entirely unreasonable to suggest she is capable of attempting to steal from Jamie and Kim.

Alongside this, little is known about her background.

She came onto the scene as a barmaid in a local pub Graham frequented.

Unable to keep an eye on Jamie himself, Graham paid Andrea to instead and she reported her findings back to the businessman.

Apparently, contact was lost and Andrea claims she had genuinely fallen for Jamie, they then married and had daughter Millie.

But her idyllic family setting could all be about to come crashing down, will Graham expose her?