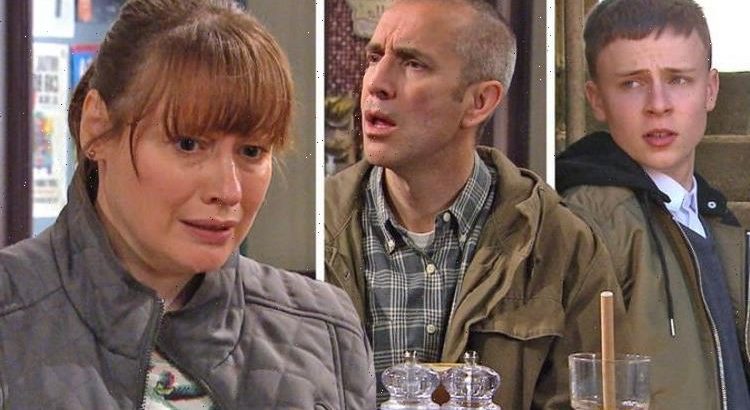 Lydia Hart (played by Karen Blick) has had a difficult time recently as she continues to suffer the aftermath of Paul Ashdale’s (Reece Dinsdale) actions. Emmerdale viewers know how the gambling addict took out a credit card in her name and maxed it to its limit, with Lydia have to repay it all. Then earlier this month, she was framed for a dodgy pension scam and arrested when the police traced it to her laptop. In upcoming scenes of the soap, things are about to get worse for the cleaner and it’s Samson Dingle (Sam Hall) to takes matters into his own hands, despite some family member’s concern.

Next week, ITV viewers will see Lydia heartbroken to find out what has been written about her online.

Sam Dingle (James Hooton) and Samson try their very best to remain positive and urge Lydia to ignore the comments.

But, the next day, Lydia’s situation worsens when a brick is thrown through their window in Wishing Well Cottage.

And Samson is worried about leaving his stepmother alone when she is being targeted. 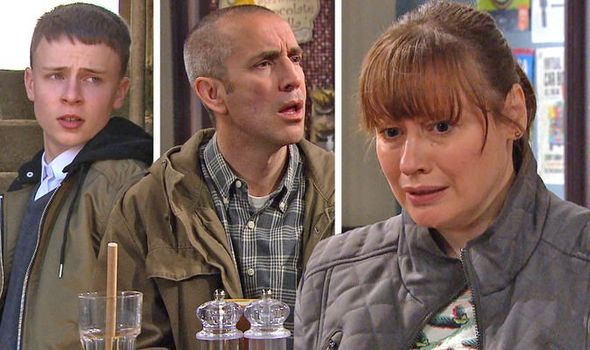 He suggests she call the police about the harassment, but Sam decides it is probably best to settle this the Dingle way.

However, Lydia won’t condone violence and tells Sam and Samson she will visit the police station on her own and file a report.

Emmerdale fans will see Lydia leave the Dingle’s and within minutes she is robbed right outside her front door.

The lads are adamant Lydia deserves revenge for the pension scam and run away laughing.

Samson happens upon Lydia’s mugging but doesn’t intervene because he recognises the boys.

The teenager is left upset he was unable to protect Lydia. 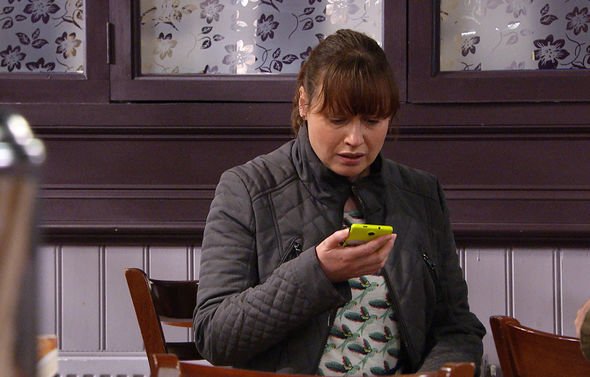 Back inside, Sam is fuming about what happened to Lydia and puzzled as to why Samson isn’t equally fired-up for revenge.

As a result, Samson finds himself caught between Sam’s desire for violent revenge and Lydia’s hope for no more trouble.

When Sam takes Lydia to the police station to make a report, Samson puts a crowbar into his school bag; he’s after payback for Lydia… 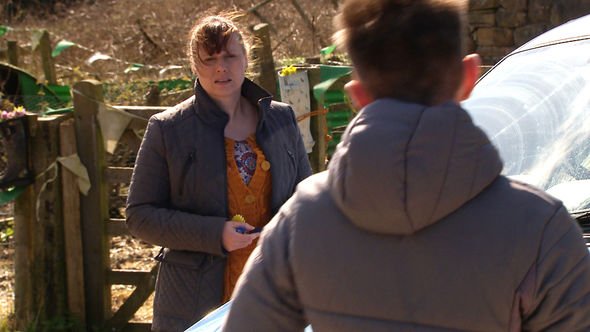 “[Lydia] definitely [has the Dingle’s behind her]. As soon as one of them is up against it, especially with the police. The Dingles rally around to try to boost her confidence,” Karen explained.

One of the nice things about a story like this is that families are there for these characters and how much this family means to them.

And I think people can relate to that, that’s another reason why, why our audience enjoy watching those dynamics.”

As for what it’s like to be part of such an ionic family: “I absolutely love it, it’s amazing, it’s a fantastic opportunity.

“There’s always an element and one of the characters – there’s so many Dingles that if something affects one of their lives or their story, then we’re all involved in some way,” Karen added.

“It’s good to have that wide representation in the Dingle women as well, there’s lots of different qualities that are seen within the female characters.”