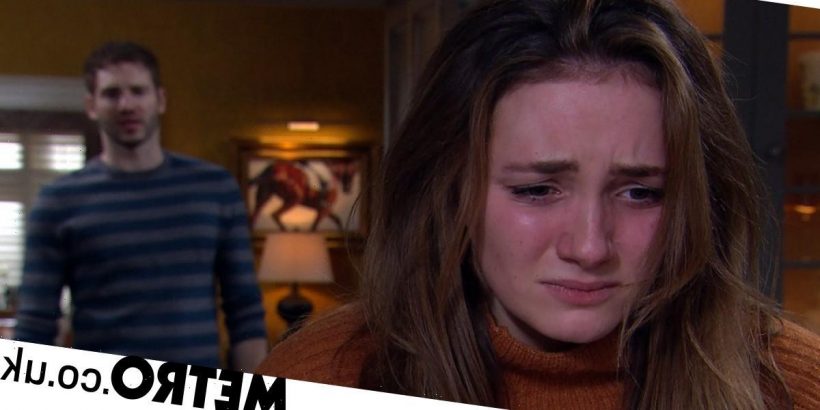 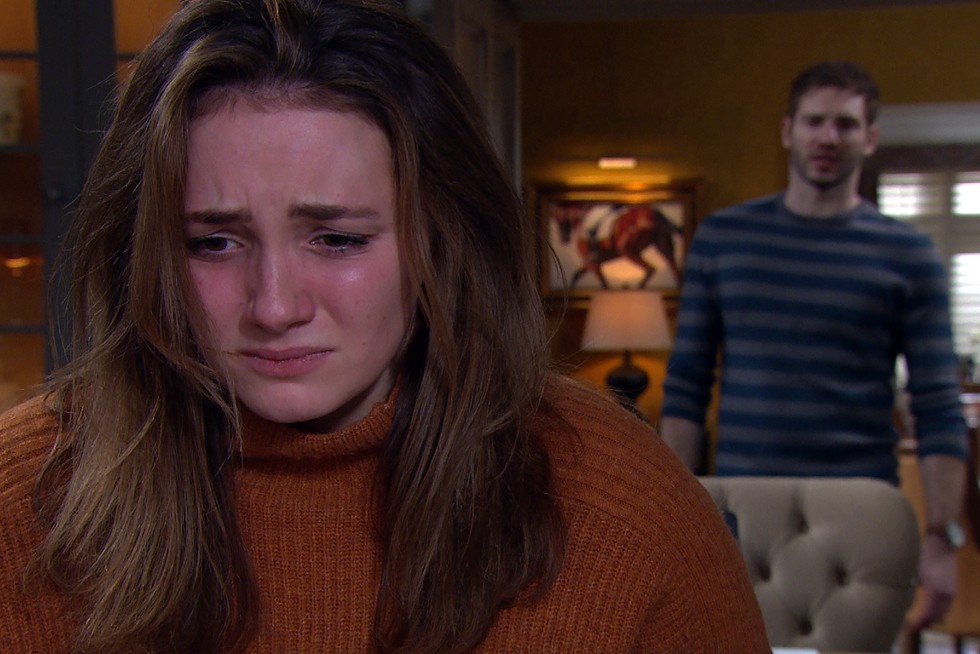 It’s no secret to the audience that Jamie Tate (Alexander Lincoln) is alive in Emmerdale; but after fearing he would turn up at the christening to come for his kids, Gabby Thomas (Rosie Bentham) has been left believing he is dead.

It’s a view shared by Jamie’s mum Kim (Claire King) but in upcoming scenes, show producer Laura Shaw has confirmed that Home Farm will be thrown into chaos.

Is Jamie looming and is he planning to take his kids? And what would a return ‘from the dead’ mean for Gabby?

Confirming that Gabby is heading for the edge in dramatic scenes, Laura has teased a few hints onto the impact Jamie will have – whether he is back or not.

‘Gabby is pushed to her limit at Home Farm,’ the boss warned. ‘We know Jamie’s still alive, but is he coming back?

‘What lengths will Gabby go to in order to protect her son? There are some lovely scenes exploring motherhood in these episodes.’

By ‘these episodes’, Laura is referring to a special upcoming week that will bring several big plots to their boiling points, including Noah Tate’s (Jack Downham) stalking of Chloe Harris (Jessie Elland) and the explosive rivalry between Cain Dingle (Jeff Hordley) and Al Chapman (Michael Wildman).

‘We know the audience always love it when we step out of our usual story telling style, we’ve done a similar thing like this before with the Big Night Out, Graham’s murder,’ Laura enthused.

‘We’re following a similar pattern to give the audience the chance to try and play a bit of Emmerdale detective to see if they can work out what’s going to happen during the week.’

It’s not the first time that Emmerdale has explored the flash forward at the beginning of the week format; the most notable being the week of a motorway pile-up several years ago.

And Laura reckons that the soap is the home to keep playing with this concept.

‘It’s always exciting when we do these weeks, Emmerdale has become really well known for them and it’s always the question I get asked the most!’ she revealed.

‘It gets the whole building buzzing here because everyone knows it’s going to mean some of our stories that have been bubbling along for a while will massively explode in a huge way, while also kicking off new stories that’ll take us through the rest of the year.

‘On the Friday episode before the big week, there’s a taste of what’s to come as we’re bouncing around the characters that will feature in the following week,’ she explained.

‘There’s Noah, Chloe, Gabby, something’s going on with Faith that she’s keeping a secret, but why? We’ll also see Cain and Al’s rivalry resurface and I can promise you that will take a big twist in special week, lives will be in danger.’

Will Gabby’s – or even Jamie’s – also be a part of that danger as truths and revenges explode?