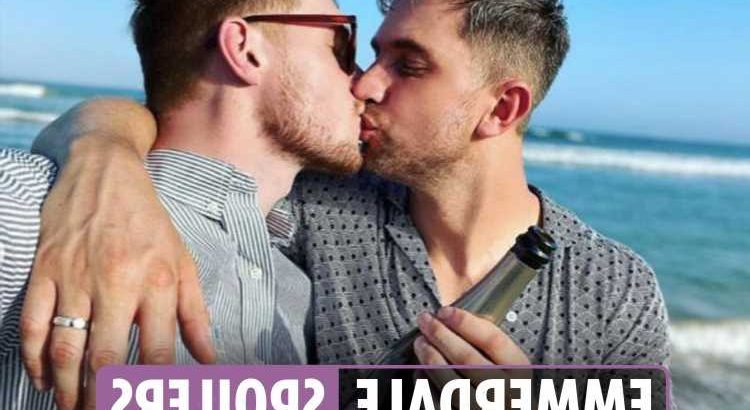 EMMERDALE star Max Parker has revealed he is engaged to his on-screen brother Kris Mochrie after meeting on the soap.

The couple celebrated with bubbly on the beach before announcing their happy news to fans.

The news comes as Vinny Dingle fights desperately for Liv Flaherty's release from prison after finding out that she isn't responsible for Ben Tucker's murder.

Vinny is distraught when DS Rogers informs him that, due to a lack of concrete evidence against Meena, Liv is not going to be released.