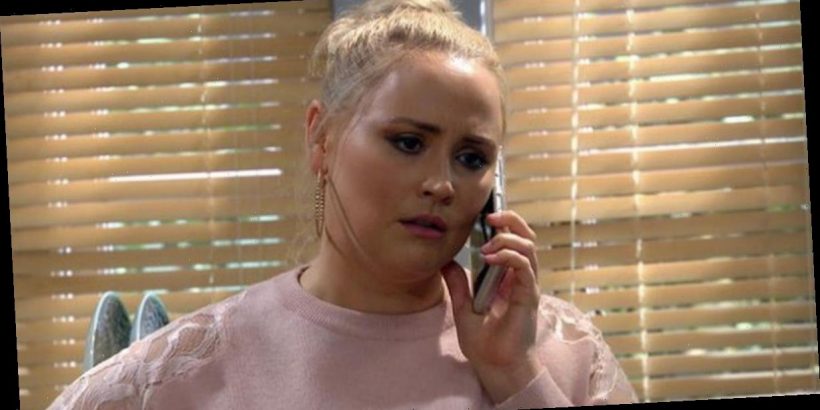 Emmerdale might appear like a sleepy Yorkshire village to an outsider, but fans of the soap can look forward to the explosive drama they know and love in the next few days.

However, a shocking call from the emergency department of the hospital lets her anger subside – as Vinny Dingle (Bradley Johnson) keeps his dad’s violence to himself.

It all kicks off when Vinny pleads with Paul to tell Mandy about his gambling, urging him to come clean after months of leading a double life.

However, when Mandy stages an elaborate proposal in the pub, asking for his hand in marriage, Paul awkwardly says "yes".

Later, when Paul sees Vinny break down about his gambling, he feels bad for his son, and tells Mandy everything in a gesture of good will.

While Mandy is furious, she still has no idea about Paul’s abusive behaviour towards their son.

She kicks him out of the house, but hours later they receive a call from the hospital, informing the family Paul has been seriously injured.

Is it all an act, or is Paul’s life hanging on the line?

She confronts them, convinced they’re having an affair – but what will she find?

Tracy isn’t the only one having a hard time, as Harriet Finch (Katherine Dow Blyton) tells Will Taylor (Dean Andrews) she need to move out to allow him to lead his own life.

Charles Anderson (Kevin Mathurin) finds her sleeping in the church, and rallies to find her a bed for the night, with Dan Spencer (Liam Fox) stepping in.

At the same time, Dawn Taylor (Olivia Bromley) hopes and prays she can get Lucas back, but turns on Harriet and blames her for everything.

Broken-hearted and wracked with guilt, Harriet runs away in tears.

Is there still time for Harriet to turn her life around and fix what has been broken?

He’s fully aware Mackenzie (Lawrence Robb) and Kim Tate (Claire King) are behind the dark deed, and sets a plan in motion to try and trick them.

When Eric Pollard (Christopher Chittell) leaves his car in for repair, Cain tampers with the brakes, hoping to catch Mack in the act.

Unfortunately, Tracy is convinced she's going into labour, and Pollard ushers her inside the car for a speedy trip to the hospital.

When the brakes suddenly stop working, the car hurtles out of control, putting both of their lives in danger.

Can pregnant Tracy and Pollard survive the ordeal, or will Cain have blood on his hands?

Emmerdale airs on weekdays at 7pm on ITV, with a second helping on Thursdays at 8pm.