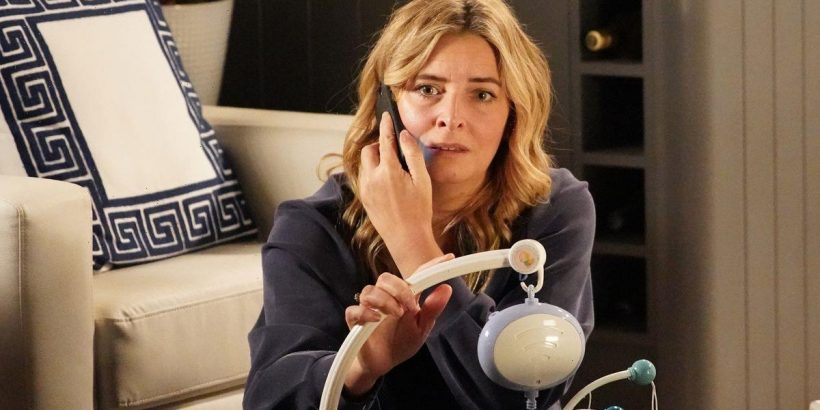 Emmerdale spoilers see Charity Dingle left in total shock next week when she receives some news via a mysterious phone call on the hit ITV soap.

Viewers will recall that Mackenzie had a drunken night of passion with Chloe Harris last year after an argument with partner Charity after she tragically lost their baby.

And things went from bad to worse for Mackenzie, who told Chloe to leave him alone as he loves Charity and that their one-night stand was a mistake, as Chloe later revealed that she is pregnant with his baby.

In recent episodes, Charity, who is unaware Mackenzie cheated and is the father of Chloe's baby, invited Chloe to stay with them after she collapsed and was rushed to hospital, leaving a very awkward home life for Mack.

And in upcoming scenes, Charity is left in total shock when she receives some news via a mysterious phone call.

And the next day, Mackenzie is left worried that Charity has discovered his baby secret as she struggles with the news she's been given over the phone.

Grabbing a bottle of vodka and heading out for a walk, Charity picks up Caleb's car keys, which he accidentally drops on the floor, as she invites Cain Dingle along for the ride.

Elsewhere, Arthur Thomas is confused when Marshall stands up for him in front of a bully and later his mother, Laurel Thomas, is upset to discover that Arthur’s LGBTQ history assembly has been cancelled after a parent complained.

Arthur accuses Jai Sharma of making the complaint but it seems he’s got it wrong. Later, Marshall checks on Arthur and the pair almost share a kiss, but the moment is broken when Marshall’s dad arrives and the lad runs off.

Also in the village, Kim Tate is frustrated to learn that Sam Dingle didn’t steal Will Taylor’s watch and she’s fallen out with Lydia for nothing. She reinstates Sam and Lydia, but Lydia makes it clear that she and Kim are no longer friends. Will feels undermined by Kim’s actions and tries to assert his place at Home Farm when Caleb arrives to sign the stud farm deal.

Elsewhere, Bernice Blackstock is shocked when Nicola King goes behind her back to try and buy the B&B. She and Bob Hope are relieved to have a higher counteroffer accepted by Eric Pollard, but can they raise the funds?

There's also heartache in store as Chas Dingle accepts her marriage is over after confessing to Paddy Kirk that she’ll never love him like she did Al Chapman.

Emmerdale continues weekdays at 7:30pm on ITV and ITVX.