Emmerdale star Andrew Scarborough has opened up over the shock departure of Ned Porteous as Joe Tate.

Ned filmed his final scenes for the ITV soap a few weeks ago and fans saw his tragic exit on Thursday night (October 11), as Joe lost his life when he took the risk of returning to the village to face the music.

Dramatic scenes saw Cain Dingle punch Joe for his mistreatment of Debbie, which led to the slippery businessman falling backwards and hitting his head on a rock.

Realising that Cain had saved him a job since Kim already wanted him to kill Joe, a devastated Graham agreed to hide the body. However, he then seemingly finished off the job when he saw Joe’s finger twitching. 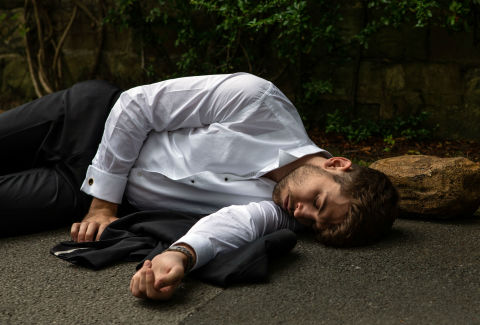 Andrew’s character Graham has shared most of his screen time with Joe over the past year, but Emmerdale fans will now have to tune in to see how he copes without his boss around.

Speaking about this week’s dramatic episodes, Andrew commented: “Graham’s relationship with Kim Tate is delightful and very wicked. It’s great, but I shall miss Ned. But that’s showbiz!

“It has been odd without him. When we were shooting stuff in Home Farm, we got on very well and he was like a family member. Then suddenly I was alone on set and having flashbacks of us together! I was talking to myself!

“You’ll see Graham coping, or not coping, with things. He’s coping with aftermath of what happened with Joe and it’s a question of how he deals with it. As we saw, there’s a lot of tragedy in what transpired. It was dysfunctional with Joe, but they were still family and loved each other like father and son.” 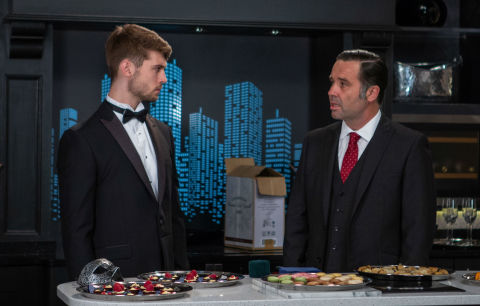 Asked whether Graham’s drink problem could resurface, Andrew replied: “Well he is an alcoholic…”

Thursday’s episodes also saw a whodunit mystery begin as Kim was pushed from an upstairs balcony at Home Farm following her dramatic return to the village.

Fortunately (or unfortunately, depending on your point of view), Kim has survived her fall and is already recovering in hospital.

Claire King, who plays Kim, added: “Kim was in control of Graham and Joe, but Joe started going rogue and it wasn’t what they agreed.

“When Kim told Graham to kill Joe, he was stuck in the middle. He loved the guy and felt for him, but Kim’s his boss and he had to do what she said.”