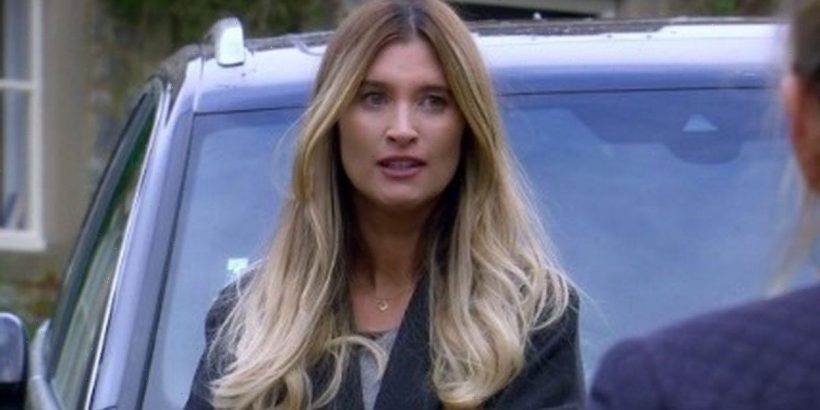 Charley Webb, 33, played Debbie Dingle on the rural soap – and she's become one of the soap's most loved characters.

However, she left the village at the start of the year, and earlier this week it was confirmed that she won't be returning this Christmas.

Paddy had replied: “We could go to her? I know Bear’s keen on visiting Scotland?”

A source said: “There are no current plans for Charley to return as Debbie at this time.

“However the door is always open for her.

“Debbie’s daughter and her family are in the village so it’s definitely not a permanent goodbye."

In the summer, Charley's hubby Matthew Wolfenden said of his wife: “To be honest filming there at the moment with Covid regulations is tough.

“Everyone's rallied round and made it what it is. But yeah. I think for her to go back now when all this is still happening is not what she wants to do.

"I think she'll wait until all the restrictions have dropped."

Charley first joined the cast of Emmerdale all the way back in 2002 at the age of fourteen.

She then bagged the Best Actress award at the 2009 British Soap Awards – winning the Sexiest Female at the event a year later.

Webb and Wolfenden, who also stars in Emmerdale, tied the knot in February 2018 – where their co-star Lucy Pargeter was a bridesmaid.

The gorgeous family recently shared a sweet family photo which saw them standing in the snow.

Charley and Matthew looked glam in their winter gear – with Charley rocking a colourful bobble hat and Matthew well equipped for the ice in his wellington boots.

Their children were kitted out for the colder months too in their cosy puffer jackets.

Opening up to her followers, the actress shared that one of her little ones "hates" the snow, whilst the other two are quite fond of it.

She wrote: "2 of my children love the snow. One of them hates it. I love this picture."

Charley added:"[love] the blonde, maybe I need to go back?".