Emmerdale has been teasing fans with the identity of Al Chapman’s (played by Michael Wildman) mistress for months. The big reveal as to who he has been seeing behind fiancée Priya Sharma’s (Fiona Wade) back will be made this week. There are plenty of other plot twists as well to get everyone excited about as we near the end of 2020. Here’s a full schedule as to when Emmerdale will be airing during Christmas.

When is Emmerdale on over Christmas?

The Yorkshire Dales drama will kick off with its special line-up of episodes on Christmas Eve, Thursday, December 24, at 6.45pm.
This will be an hour-long episode where Al will be seen looking smug as he continues to juggle two women in the lead up to Christmas.
Not everyone is going to be smiling though as Paul Ashdale (Reece Dinsdale) turns violent when Liv Flaherty (Isobel Victoria Steele) says about his gambling to Vinny Dingle (Bradley Johnson) who then confronts him.
Is Vinny going to be attacked by his estranged dad yet again? 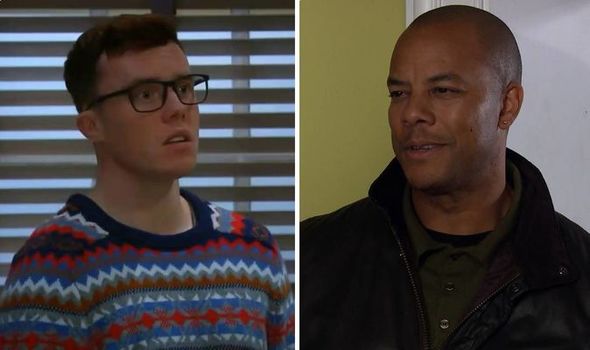 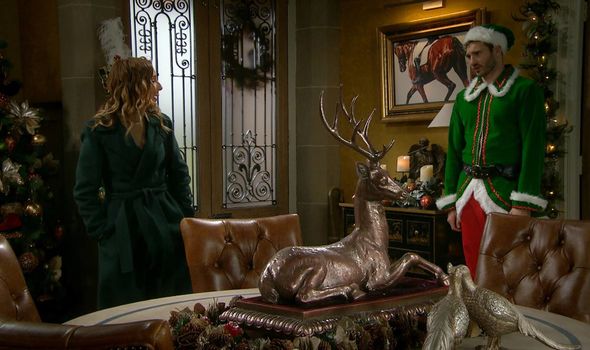 Christmas Day, Friday, December 25, will be a big day in the calendar for Emmerdale as it is Chas Dingle (Lucy Pargeter) and Paddy’s Kirk (Dominic Brunt) wedding day.
The hour-long episode will start at 6pm and will see Charity Dingle (Emma Atkins) trying to ruin the ceremony by dressing up in funeral attire.
The biggest storyline of the night though is going to be Al’s affair as Dawn Taylor (Julia Mallam), Belle Dingle (Eden Taylor-Draper) and Andrea Tate (Anna Nightingale) are going to receive suspicious text messages.
Could one of these three village residents be Al’s mistress? 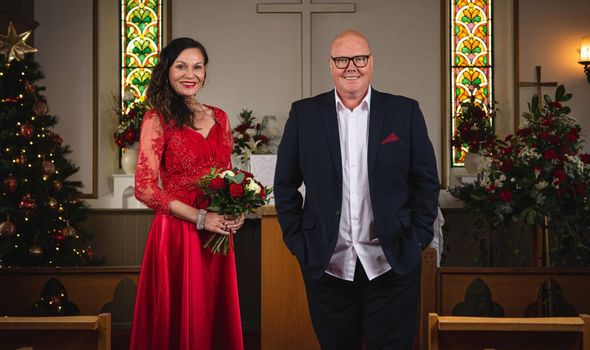 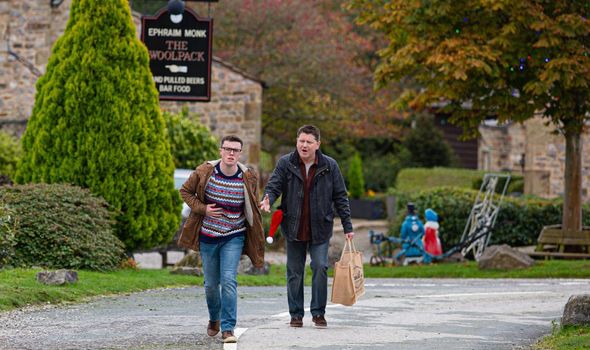 Unlike EastEnders, which will be airing a special episode on Boxing Day, Emmerdale will not be shown at the weekend.

The soap is instead going to continue on Monday, December 28, at 7pm.

Fans will be able to see more of Al’s mystery woman after her identity is revealed on Christmas Day but how will Priya find out?

Meanwhile, Charity and Chas try to make things right between them but viewers are going to have to wait to see if they mend their relationship.

In Tuesday’s instalment, Priya will discover the affair, however, it is anyone’s guess as to how she is going to react.

Andrea will also give Jamie Tate (Alexander Lincoln) an ultimatum as they decide to get back together to give it one last go.

On New Year’s Eve, Thursday, December 31, at 7.30pm and Rhona Goskirk (Zoe Henry) is ecstatic when Marlon Dingle (Mark Charnock) says he will see the start of 2021 with her.

Not everyone is as happy though as Mandy Dingle (Lisa Riley) is going to turn to booze for comfort prior to the New Year’s Eve countdown.

There will be another episode on New Year’s Day, Friday, January 1, at 7pm, and it looks like Paul’s reign of terror against Vinny could soon be over.

Will Vinny tell Mandy about the attacks and if so, what is she going to do to get her revenge against Paul?

Emmerdale is available to watch on ITV.