Emmerdale‘s Victoria Barton finds herself in danger next week as she continues her desperate efforts to track down her estranged husband Adam.

Victoria (Isabel Hodgins) is determined to see Adam again after finding out the truth about his departure, including how he wasn’t really guilty of killing Emma and was only ever covering for his mum Moira.

Upcoming episodes see Victoria hire a private investigator, convinced that it’s her best chance of getting the answers she needs.

A dodgy PI called Glen agrees to take on the case and later tells Victoria that he’s located Adam in Portugal, but needs £5,000 to continue his investigations. 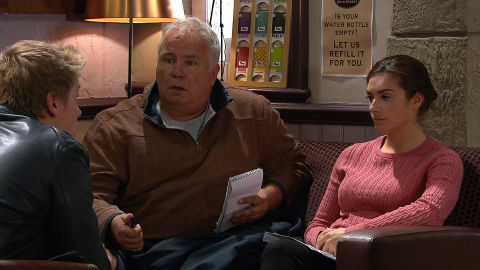 This news leaves Aaron Dingle (Danny Miller) in turmoil as he confides in Robert and Matty about how Adam contacted him weeks ago and is actually in Budapest.

The guys know for a fact that Victoria is being taken for a ride by Glen, but they also fear telling her about Budapest in case she gets too close to the truth and ruins everything.

When Victoria sets up another meeting with Glen to hand over the cash, Matty (Ash Palmisciano) secretly takes the envelope of money from her bag – believing that he’s protecting her.

Sadly, when Victoria meets up with Glen and realises that the money is gone, he loses his patience and turns nasty. 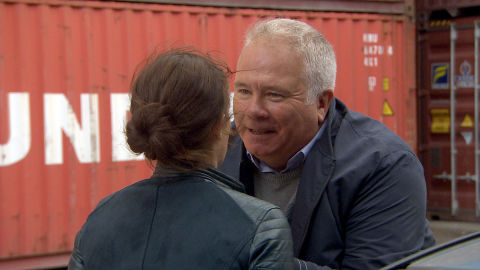 Fearing something could be about to go horribly wrong, Robert, Aaron and Matty all search for Victoria but are alarmed when they find her phone abandoned on the ground.

Has Glen done something terrible to Victoria?

Emmerdale airs these scenes on Thursday, October 18 at 7pm and 8pm on ITV.