As the day of Grace’s funeral comes round, Chas, played by Lucy Pargeter, is feeling extremely emotionally and finds herself going through her daughter’s memory box. 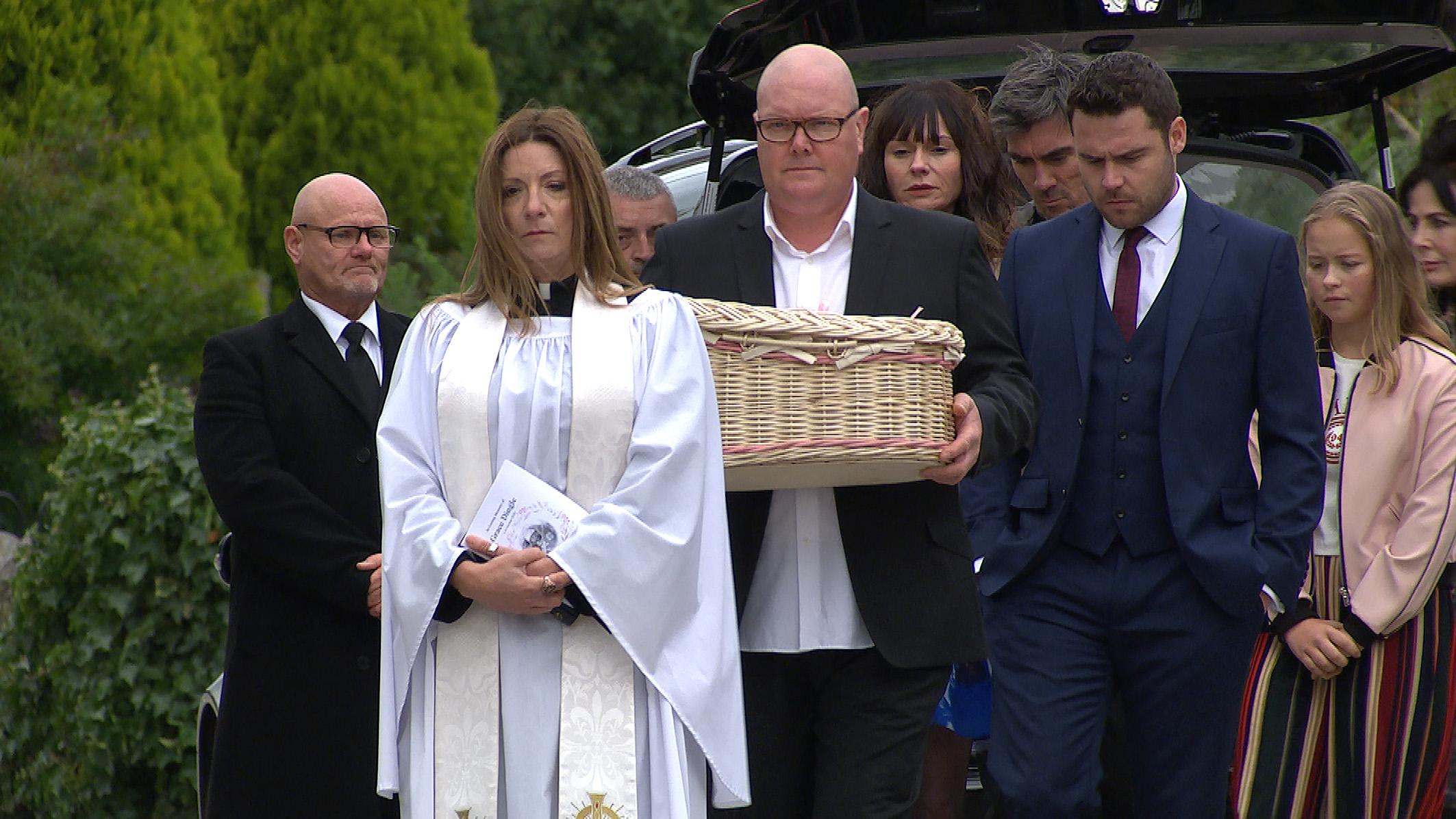 Meanwhile Cain, Jeff Hordley, arrives and is concerned when he finds his sister choked up and gives her a cuddle to comfort her.

Chas tells him that Paddy has organised everything for the funeral and Cain is worried that Chas has lost faith in the send off for Grace.

Before long Paddy, Dominic Brunt, arrives and tells Chas that Grace has arrived and the grieving couple prepare to say goodbye to their baby.

They are amazed when they see the villagers lining the street to support them on this difficult day.

Chas, Paddy and the rest of their family make the long and painful walk into church. 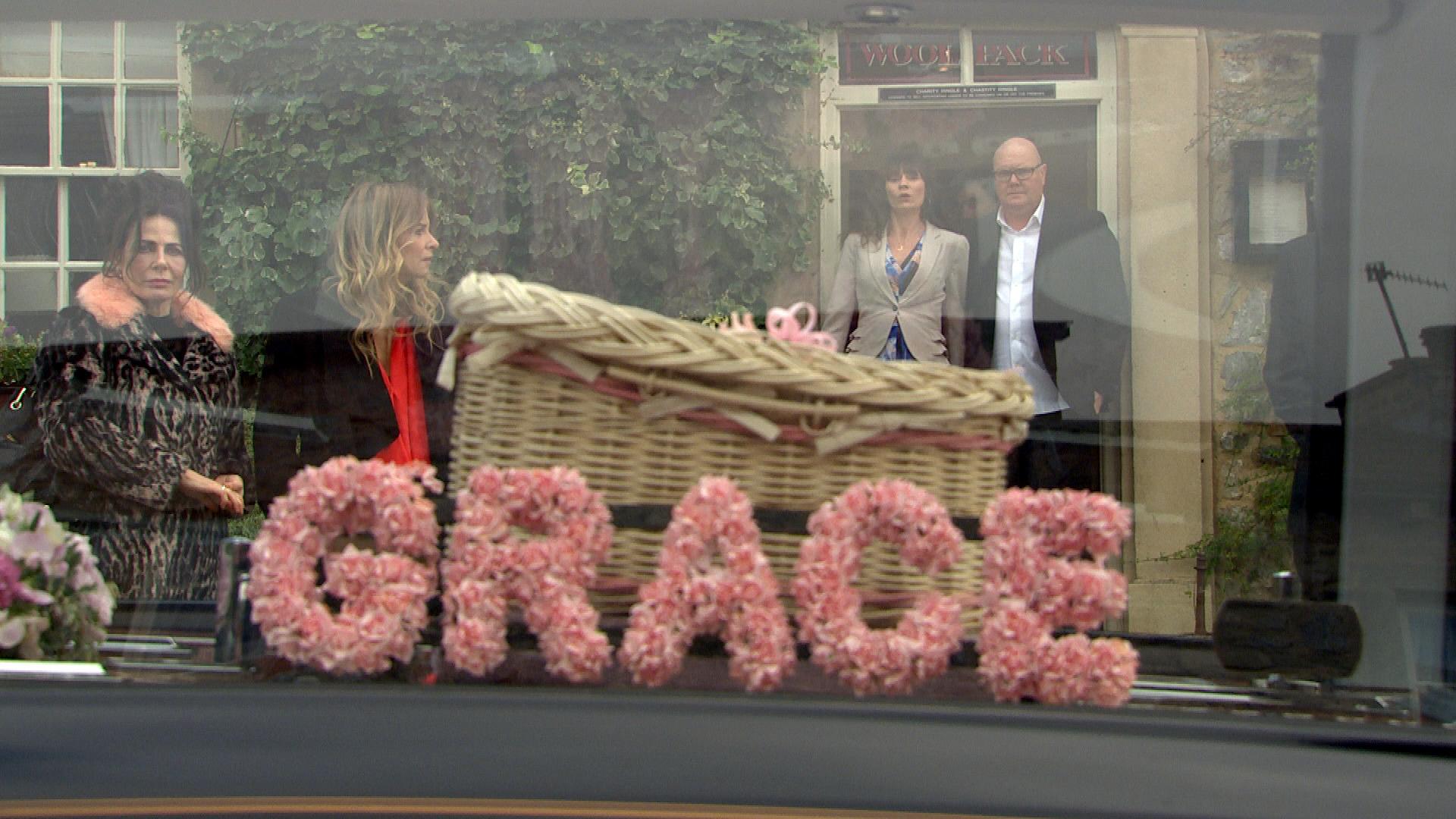 Fans of the ITV soap were left devastated earlier this month when Chas gave birth to baby Grace, knowing the tot wouldn’t live for long once she was born.

Grace had a condition called bilateral renal agenesis meaning her kidneys didn’t develop properly while she was in the womb.

Chas and Paddy made the brave decision to continue with the pregnancy and let Grace’s organs be donated.

But when the moment to give her away came, viewers were left in tears as they saw the tot being taken off to be an organ donor leaving her parents devastated.

They had been enjoying the last few minutes with their baby when a nurse came into the room to take her away.

They had originally found out baby Grace had little chance of survival when Chas went for her 20-week scan and was told her daughter was suffering from the condition bilateral renal agenesis – meaning the baby has no kidneys and underdeveloped lungs.

While she was originally offered the chance to terminate the pregnancy, Chas decided to take the pregnancy to full-term, giving birth to baby Grace with vet boyfriend Paddy by her side.