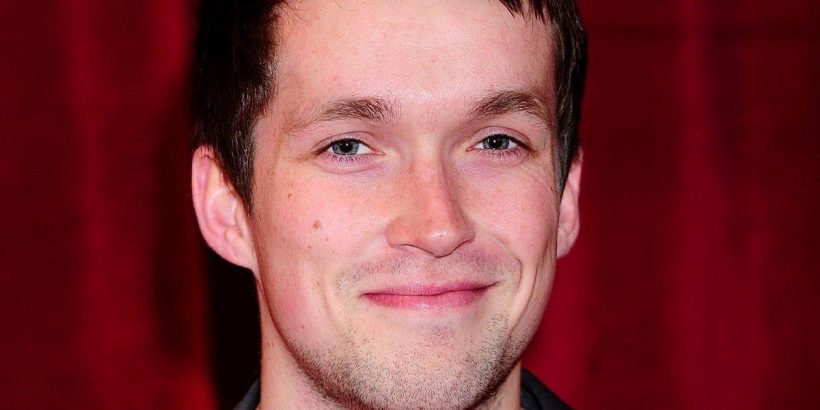 Actor Jamie Shelton was known to fans for playing the role of Robbie Lawson in ITV's long running soap, Emmerdale.

The star first appeared on the show in May 2012 and was son to Simon Beck and Megan Macey who had previously given him up for adoption.

When Robbie got settled into the not so quiet village of Emmerdale, he soon began to cause trouble for his new-found family.

As time went on, Robbie found work with Debbie Dingle and started to develop feelings for her which wasn't reciprocated by Debbie, who wanted nothing to do with his romantic advances,

In 2014, Robbie lost his life in tragic circumstances after he tried to save Charity Dingle from her unhinged husband Declan Macey.

But since his time on the show, die-hard fans have been left wondering what the star did next. Daily Star has taken a look.

After his departure from Emmerdale, Jamie appears to still be starring in short films as well as directing and editing his own material.

According to his LinkedIn, Jamie has directed award-winning shorts and has also made a number of mini-documentaries.

His page on the social media platform reads: "A company Director/film maker at Odd Drawer Digital and I also work freelance as a film maker and actor.

"Winner of 'Video Team Of The Year' award at the Digiday Awards while working at UNILAD.

"Directed an award-winning short at the ‘Diamond in the rough film festival’.

"My background is in music videos and short films but over the last three to four years my knowledge and expertise on shooting for social and the importance of how that is executed and packaged has expanded massively.

"I have put together successful pitches and made video with clients to spec to support and bolster their brand on social media.

He finished off by writing: "I have also been making mini-documentaries for social and understand the format well – can tailor the content to be as cost effective as possible. I am currently looking for funding to finish my first feature/series length documentary on student suicide."

In November 2021, Jamie welcomed his second child with his long-term partner Cheryl Cooper.

Posting a beautiful photo of his newborn, the star also shared a heart warming message with his 1,810 followers.

Captioning the snap, he wrote: "In an instant, the fear, excitement and anticipation was over and our world stopped spinning for those seconds between Robyn leaving the water and taking her first breath.

"We are blessed to have her in our arms, safe and warm."

The star also gave thanks to the hospital staff for their assitance with labour as well as sharing how proud he is of his son Gabriel and his partner Cheryl.

He continued: "We are grateful to the Sapphire team at Wythenshawe Hospital Maternity Ward for guiding Cheryl through a beautiful home birth.

"We are proud of Gabriel and his forever expanding heart as our family grows.

"I am forever indebted to you @chezz1806 for your strength, focus and pure heart in bringing Robyn into this world. You are our battle Axe."

Away from the glitz and glamour of the entertainment world, Jamie's other pursuits include keeping fit by hiking around the U.K.

Last year, the actor took a trip to Wales alongside his brother.

Keeping his followers updated with his travellers, Jamie has also shared a number of photos of his hiking adventures.

Captioning the stunning snap, he wrote: "A recent excursion with my brother @renofurb to lovely Wales which has been calling me ever since lockdown. Hiking isn't just about a, breath of fresh air at the top. 2

"It's about being at the bottom looking up. My inner turmoil surfaces as my body wrestles with the rocky terrain and its as if mind and body are fighting a separate fight whilst I climb.

"The breath of fresh air at the top is my body reminding my brain that it can overcome anything."