Kim Tate may be back in the slammer, but the aftermath of last week’s Emmerdale is still looming large.

Tonight’s (October 15) episode saw Noah upset and confused over why his older brother has ‘abandoned’ him, unaware that he was killed by Cain Dingle and Graham Foster.

Okay, there are plenty of people who think he might not be dead, but after weighing up the evidence, we’re pretty sure he is. 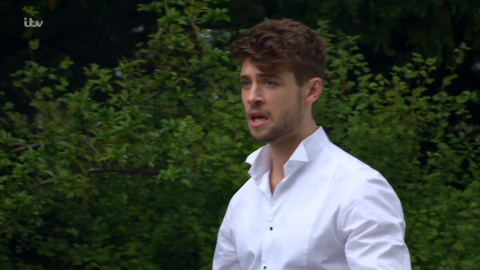 That didn’t stop him making one final ‘appearance’ though, as tonight saw Graham listen to a voicemail that Joe had previously left him, which featured Joe telling his right hand man that he loves him, and sees him as the father figure he never had.

Viewers were heartbroken to hear Ned Porteous’ voice one more time (although he’s doing plenty of #content on social media to make up for his exit):

Goodbye Joe Tate, we never thought we’d say it, but we miss you. (Unless they decide to retcon your death down the line.)