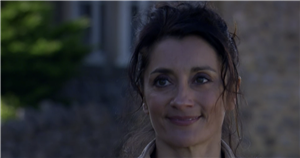 Emmerdale fans are growing concerned over Manpreet's role in her sister Meena Jutla's killing spree – as they reckon they've worked out a huge DNA twist.

Manpreet has been growing closer to the truth of Meena's murderous habits, but hasn't quite managed to connect the dots fully yet.

And now fans reckon she could be lying herself, and has concocted an elaborate cover story which might have caused Meena's issues in the first place.

But could Manpreet really be Meena's mother instead of her sister?

One social media user certainly seemed to think so, as they posted on Facebook: "Does anyone think Manpreet could be her mother [and] not her sister… that's why she can't do rejection. And maybe Meena knows… just a thought."

Puzzling over the theory, someone else replied: "I hope not being as Meena had an affair with Manpreet's husband, unless she was with someone else before that – plus she's already got a daughter."

However, it is entirely possible Manpreet had time to be with someone else, as well as her relationships with Rishi Sharma and Charles Anderson – as she only arrived in the village in 2018.

And with the large age gap between her and Meena, fans could certainly be in store for a twist.

Another fan quickly pointed out: "Rishi is Manpreet's latest husband, only been together a couple of years…"

And someone else contested the theory, adding: "Can't be her daughter!"

The age gap between the sisters confused fans when Meena first entered the village in 2020, with one fan writing at the time: "I think mum not sister."

Another fan mused: "I still don't get how Manpreet has a sister, that girl is like 30 years younger."

While someone else said: "Manpreet's other daughter ain't she not sister? Something dodgy."

Elsewhere in Monday's episode, Aaron Dingle left the village seemingly for good – while actor Danny Miller is busy in the I'm A Celeb castle after formally quitting the ITV soap.

But an opportunity for Aaron's return has been left open, as he promised mum Chas: "I'm not saying I'll never be back."

He left his sister Liv in tears at court, where she was denied bail for the potential murder of Aaron's boyfriend Ben – who was really murdered by Meena.