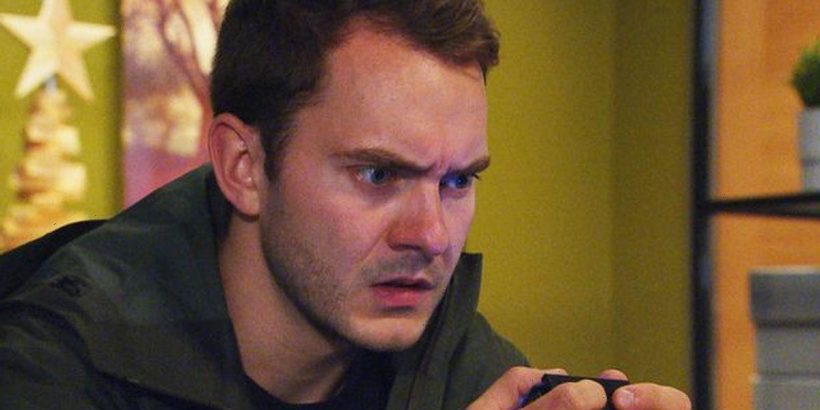 Emmerdale star Simon Lennon, who plays Ben, has hinted that justice may soon be served against Meena Jutla.

Fans of the show will know Meena’s been on a murdering spree in recent weeks, and has so far not been linked to any of her crimes – but Simon has hinted that this is all about to change.

Ben finds camera footage of Meena trying to drown Victoria during the survival week challenge, leading to an altercation between the two.

Speaking to The Daily Star, Simon described the moment Ben finds the footage, saying that there is "confusion in that moment, because the stuff that he finds is blurred in every sense of the word".

"It's not concrete and he is searching for a second opinion to try and sort of cement what it could reveal, or who it could involve," he explained.

Ben then asks Billy for help in trying to verify the shaky camera footage, which Meena overhears, leading to her confronting Ben at the HOP.

Simon explains that his character Ben doesn’t know Meena very well and that his heart is “almost too good for his own good”, and only becomes suspicious of Meena when her attitude changes towards him.

"They're chatting and they're talking about the piece of evidence,” Simon revealed.

"There's no suspicion in there, until Meena begins to belittle Ben and questions his intelligence, to the point where there's a sort of mutual acknowledgement within the look between them and they get into a bit of a scuffle over the evidence.

"But Meena gives chase and as they are in pursuit of one another, Meena falls in the Hide amongst all of the residue of alcohol and she hits the floor hard."

Ben’s then left with the decision of trying to help Meena, or leaving her on the floor.

"It is that moment of Ben being left between a rock and a hard place of, does he help her?

"Does he go? Does he ring an ambulance? We're left in that moment of conflict and what is best to do,” said Simon.

He added: "If something bad happens to her, what does that mean for him? How again would he prove his innocence?

"If something was to happen to Meena, he is then burdened with that responsibility and that guilt. It's where do we move forward from there?"

Simon said that Ben could “absolutely do the wrong thing”, meaning that Emmerdale viewers will be left wondering "whether he leads on those impulses".

He described the whole night as being ”a build up of altercation and arguments and frustration”.

"He knows now that Meena is a threat. Things have started to make sense in terms of other people who have been hurt and there's a really clever moment, where Meena talks about the fact that people hurt people," Simon went on to tease.

"The only way out is to fight his way out."

For all the latest cast updates and juicy Emmerdale spoilers, sign up to our daily OK! Newsletter .