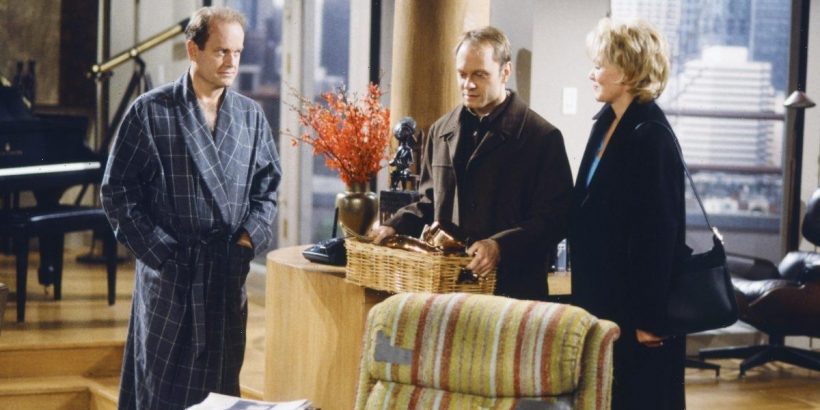 Jean Smart just snagged her fourth Emmy Award. Nominated for her performances in both Hacks and The Mare of Easttown, Smart won Outstanding Lead Actress in a Comedy Series at last night’s ceremony. Fans may remember her guest role on the NBC sitcom Frasier, which earned her two Emmys in 2000 and 2001. The Designing Women alum had nothing but positive memories of her time on the hit show and would even welcome the opportunity to work with the series’ star again.

Jean Smart had a lot of laughs on ‘Frasier’ set

“I hadn’t done a guest part on a show since practically the first year I was in L.A., and I’d gotten kind of snobby about it,” the Mare of Easttown star told the New Yorker in June 2021. “But my agent said, ‘You have to read this.’ And, of course, I read it and said, ‘I have to do this’.”

The Emmy winner clearly enjoyed her experience on the show, praising her co-stars and the entire working environment.

“That was so fun,” Smart recalled. “The first read-through, I remember, we couldn’t get through it — we were all laughing so hard. And it was such a glorious set to work on. Between the scenes Kelsey or David [Hyde Pierce as Niles] would sit at the piano and play music.”

Smart revealed she wouldn’t hesitate on working with Grammer again, preferably using material from a renowned English playwright. She commented on her easy chemistry with her co-star, also a multi-Emmy winner, and why Frasier was such a success during its 11-season run.

“I would love to do Noël Coward with Kelsey,” the Hacks star remarked. “That would be heaven. We were on the same wavelength. What was so great about that show, because it was so well-established at that point, was that the audience was a step ahead of you. They know your characters so well, they see the banana peel coming before you step on it. For instance, my character puts her cigarette out in the glass of wine on the nightstand, and Kelsey doesn’t even have to react and the audience is dying, because they know that he’s going to be absolutely repulsed.”

The actor commended Frasier’s producing team for respecting the audience with their brand of humor.

“I wish more production companies would trust their audiences the way the Frasier producers trusted the audience,” Smart said. “That show got away with jokes about obscure, vintage wines. Even if you didn’t get every joke, you understood why it was working because the characters were so specific. They never talked down to the audience.”

Though Smart performed for years in front of a live audience, she has no desire to return to that type of venue.

“The first time I did something in front of a live audience after it had been years away from that, I found it very intrusive,” she told the New Yorker. “The audiences, they’ve been trained. If somebody kisses somebody, the whole audience goes ‘Oooh!’ And you think, Oh, God. Please don’t.”

Now with roles on two hit shows, Smart shared her gratitude for the opportunities coming her way.

“I’m just very fortunate that they were both really quality projects and that the roles were so dramatically different,” she said of her characters on Hacks and Mare of Easttown. “I’ve always tried to pride myself on being versatile.”