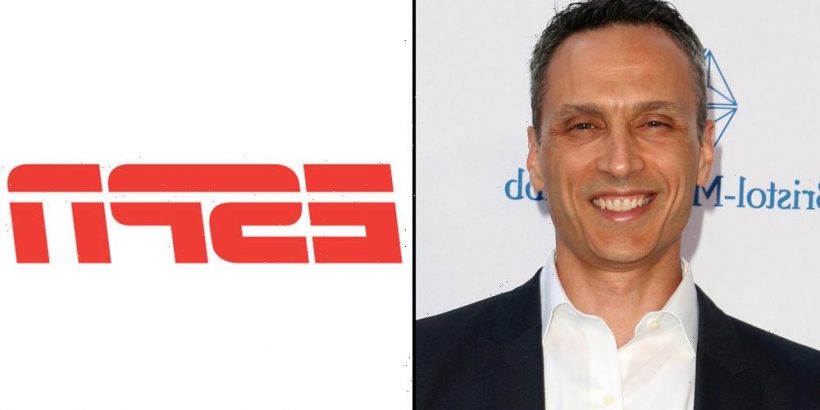 In a memo sent to ESPN employees on Friday, ESPN chairman Jimmy Pitaro addressed what he called “nuanced and complicated personnel matters” related to “recent events.” Those events revolve around leaked comments made by one of the the network’s highest-profile female hosts Rachel Nichols, who is white, and another of the network’s highest-profile female hosts Maria Taylor, who is Black.

Subsequent to the revelation of Nichols’ comments and her on-air apology to Taylor, the network announced that Taylor would be hosting the network’s pregame and halftime shows for the NBA Finals, which began last week. Those duties have been at the center of the controversy. In her comments as reported by the Times, Nichols, host of ESPN’s The Jump, worried about Taylor potentially assuming the Finals hosting role, which she also coveted.

ESPN said last week that Nichols would no longer would be the network’s sideline reporter for the Finals either, a position she held last year and during big games this season. That role has gone to the network’s NBA reporter, Malika Andrews.

Pitaro addressed Taylor’s qualifications in his memo saying, “I do want to be clear on one thing: Maria Taylor was selected as NBA Countdown host last year because she earned it. Please know our commitment is that assignments and opportunities at ESPN are based on merit and any concerns, remarks, or inferences that suggest otherwise have been and will continue to be addressed.”

Apparently, much of Pitaro’s note was prepared and planned before the New York Times story that made Nichols’ comments public. The memo’s creation was tied to the one-year anniversary of ESPN’s Black Employee and Consumer Experience initiative. It was meant to acknowledge the progress that has been made at ESPN via the program which, says Pitaro’s note, was “designed to improve the experiences of Black employees at ESPN.”

When the Times story dropped on July 4, Pitaro’s memo was then modified to reflect “the moment and the news,” while also taking stock of the progress that has been made.

“We respect and acknowledge there are a variety of feelings about what happened and the actions we took,” wrote the ESPN chairman. “But understand this – we have a much better story than what you’ve seen this week.”

Pitaro then went on to list the progress made in the past year, including that every team developed an “action plan” around the initiative; 96% of managers have completed an Inclusion & Belonging training; increased mentorship programs; reexamining the past year of exit interviews to understand any patterns and issues; and progress in hiring, with 52% of new employees people of color and 42% female.

He closed by promising the company plans to “address diversity and inclusion at an upcoming ESPN town hall later this month,” and then emphasized that “Change takes time, and I ask for your partnership on this journey. Know that our leadership is committed to accelerating our efforts and working toward a collective goal.”

One thing Pitaro did not address is why it took ESPN management a year to communicate — both internally and externally — its stance on Nichols’ comments vis a vis Taylor which, according to the NY Times, were disseminated widely via an audio recording within the company in 2020.

That issue was raised last week by none other than NBA Commissioner Adam Silver, who spoke out at a press conference before the first game of the Finals.

“I think part of the problem is that when people can’t get in a room and talk through these issues — this seemingly has festered now for a full year,” said Silver. “I would have thought that in the past year, maybe through some incredibly difficult conversations, that ESPN would have found a way to be able to work through it. Obviously not.”

You can read Jimmy Pitaro’s entire letter below.

I am reaching out today knowing that recent events have left many of you concerned about our commitment to diversity, inclusion and belonging.

We respect and acknowledge there are a variety of feelings about what happened and the actions we took. The details of what took place last year are confidential, nuanced and complicated personnel matters.

But understand this – we have a much better story than what you’ve seen this week. Exactly one year after announcing the actions of the Black Employee and Consumer Experience (BECE) initiative, we want to make sure you are aware of the critical progress we’ve made…even though we know we have much more work to do.

Before I get into the details, I do want to be clear on one thing: Maria Taylor was selected as NBA Countdown host last year because she earned it. Please know our commitment is that assignments and opportunities at ESPN are based on merit and any concerns, remarks, or inferences that suggest otherwise have been and will continue to be addressed.

With the BECE initiative – a program designed to improve the experiences of Black employees at ESPN – we promised transparency in sharing our progress. I wanted to give a quick summary on our efforts to date:

-Every function developed an action plan specific to their group with concrete measures of success and timelines.

-Since we began offering the Inclusion & Belonging @ESPN training last fall, we’ve had over 96% of people leaders complete it and nearly 40% of individual contributors.

-Strengthening and growing PULSE membership and influence is key to the BECE’s Culture pillar, and PULSE has added almost 200 new members this past year, growing their ERG 40% year over year. That’s probably the greatest annual growth we have ever seen in an ERG. Highly-engaged PULSE ERG members also helped us pilot the new Mentoring Circles program, which we just rolled out to all ERGs.

-We started our second MORE mentorship cohort this fall, meeting our goal of over-indexing on diverse talent, with 47% of the 53 participants identifying as Black or African American.

-We’ve begun a deep dive into the past year of exit interviews to understand any patterns and issues we can address.

-We’re seeing progress in our hiring numbers as a result of looking closely at our talent practices. Of the 116 offers accepted year-to-date, 52% are people of color and 42% are female.

-63% of our executive leadership team are women and/or people of color.

I highly recommend you take a few minutes to watch this video (taped several weeks ago) to get the latest update.

We invested heavily in this effort and we asked every employee – from the highest levels of leadership to those just starting with the company – to back this D&I plan. Everyone owns inclusion. It’s the way you treat your colleagues, how you champion your team, how you welcome new ideas and people, and how you make others feel. Each of us is responsible for creating a culture and climate that thrives.

By being proud of this progress we’re not trying to minimize how people are feeling. If you have concerns, it is very important to raise them with your leaders, with your HR Business Partners, or with our Diversity & Inclusion team—we need your help. Our job is to support you and make ESPN the place we all want it to be – and we can’t do that if your concerns aren’t raised.

The goal of this note is to ensure everyone understands where we are at this moment and to know that we have an ongoing focus on improving, and a commitment to listening. We plan to address diversity and inclusion at an upcoming ESPN town hall later this month, and we will continue to have focused conversations with the Black and African American community at ESPN in the coming weeks. As always, we value an open and honest dialogue.

Change takes time, and I ask for your partnership on this journey. Know that our leadership is committed to accelerating our efforts and working toward a collective goal – an ESPN where everyone feels they belong.