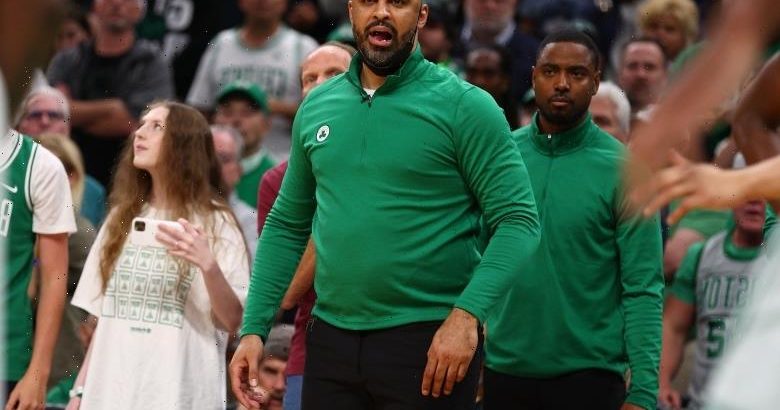 ESPN shocked the basketball world late Wednesday night when its Senior NBA Insider Adrian Wojnarowski reported that Boston Celtics head coach Ime Udoka was likely to face a lengthy suspension for having an intimate relationship with another team employee. The Athletic similarly confirmed that the affair was completely consensual, but because it involved a subordinate, it was a violation of the Celtics’ organizational policies and could likely result in a season-long suspension.

The story, which broke during the middle of the week when there is often a lull in the football news that’s the cabler’s greatest source of interest this time of year, dominated ESPN’s Thursday morning news coverage.

Still, many felt like the coverage of Udoka’s personal life has been excessive, especially considering the other, arguably larger stories of ethical lapses currently being discussed in the sports world. Former Green Bay Packers quarterback Brett Favre is currently engulfed in a scandal after it was alleged that he helped misdirect $5 million in welfare funding in the state of Mississippi to build a new women’s volleyball facility at the University of Southern Mississippi. ESPN’s critics claim that Udoka’s story has received considerably more coverage than Favre’s, despite one essentially amounting to a private family matter and the other being an alleged case of defrauding the government.

While it’s worth noting that Udoka is currently a highly influential figure in sports and Favre has largely stayed away from football since retiring a dozen years ago, many feel that the disparity in coverage speaks to a larger issue at ESPN.

For years, critics have alleged that the network unnecessarily scrutinizes Black athletes and coaches while letting their white counterparts off the hook for larger offenses. For example, the network’s wall-to-wall coverage of Tiger Woods’ extramarital affairs and subsequent car accident in 2009 and Michael Vick’s 2007 conviction for dogfighting both received significantly more airtime than the news of Favre’s current scandal. While those stories, like Udoka’s, both had an effect on the current landscape of competitive sports, many still see them as part of a troubling pattern of racial bias.

ESPN had no comment for IndieWire about the matter.

It should be noted that the Favre story is still unfolding, while the Udoka suspension could have immediate consequences for the nationally televised sports world. Udoka has clearly been a game changer for the Celtics, taking the franchise to the Eastern Conference Finals in his first year as their head coach. Removing him from the sidelines will inevitably have some effect on both the team’s on-court product and the larger playoff race during the 2022-2023 NBA season.