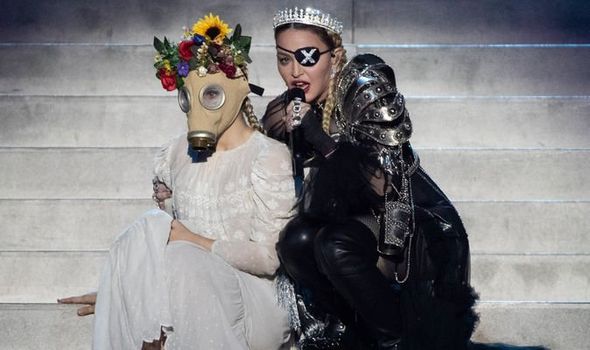 Madonna took to the stage last night for a performance that received mixed reviews, with some slamming the superstar not only for her “flat” vocals but also her bizarre fashion choices. The outfit she donned was compared to HBO fantasy series Game of Thrones, which is airing its much-anticipated finale tonight. Some viewers said the popster icon would belong to House Greyjoy had she appeared in the HBO fantasy drama in the glittering outfit.

Someone else penned: “Anyone else getting Game of Thrones vibes from Madonna’s performance with all fire?”

“From the outfit definitely Madonna is in House Greyjoy #GameofThrones #Eurovision”, said a fourth. 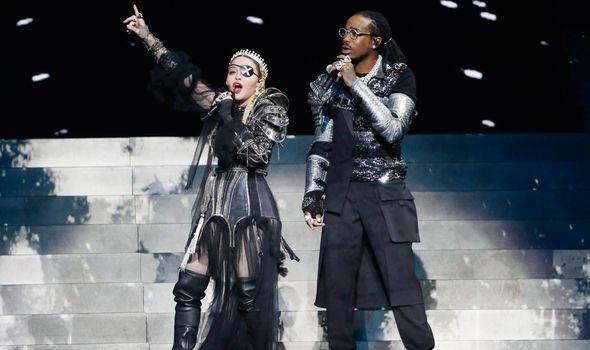 Another viewer suggested the superstar singer resembled the “lovechild of Cersei Lannister and Euron Greyjoy” in the striking get-up.

“Why does Madonna look like the lovechild of Cersei Lannister and Euron Greyjoy??? #Eurovision #ForTheThrone #GameOfThrones”, he said.

The songstress was also compared to the Sparrows, which is a religious cult-like movement on the popular HBO show.

Earlier in the night she appeared in a pre-recorded message, warning the public “not underestimate the power of music to bring people together”. 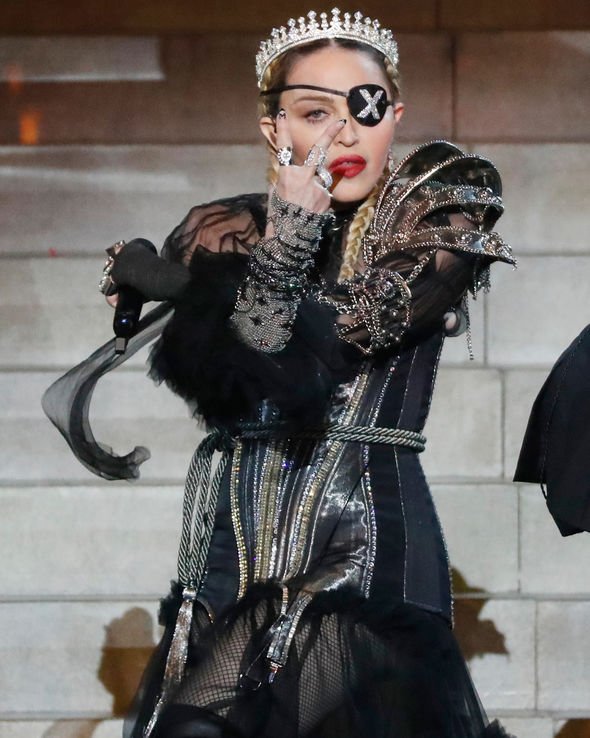 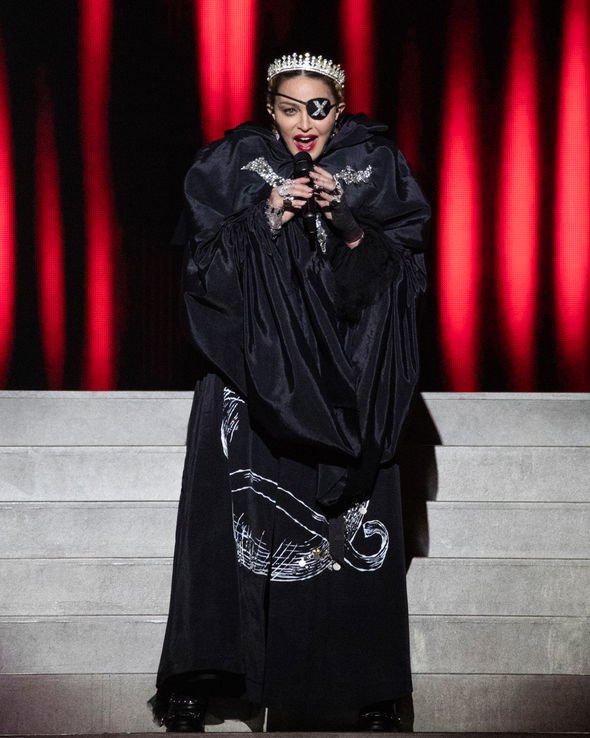 She said: “You’re all winners, no matter what happens.

“The reason I mean that is because to get here, where you are right now, is not easy. Right?

“First you had a dream and then you had to believe in that dream, and you had to make many sacrifices.

“That makes you a winner no matter what.

“Another really obvious statement is, look at all the delegates behind us, everyone here is from all over the world. So many countries that I have been privileged not just to visit but to experience. 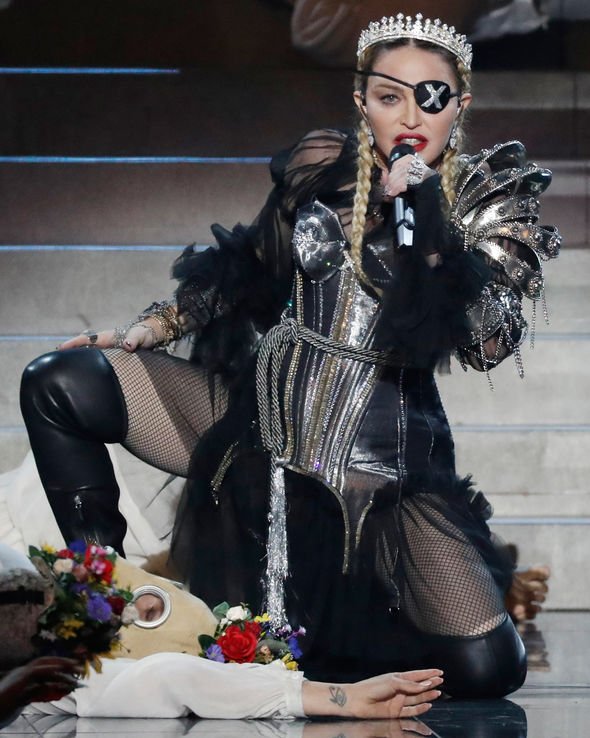 The Like a Virgin artist also attracted some controversy for choosing to pull off a political stunt despite it being against the spirit of the event.

During the pop icon’s performance, two of her dancers were seen with Israeli and Palestinian flags on their backs.

The European Broadcast Union (EBU), who organise Eurovision, confirmed the stunt was “not part of the rehearsals”.

In a statement reported by The Sun, the EBU said: “In the live broadcast of the Eurovision Song Contest Grand Final, two of Madonna’s dancers briefly displayed the Israeli and Palestinian flags on the back of their outfits

“This element of the performance was not part of the rehearsals which had been cleared with the EBU and the host broadcaster, KAN.

“The Eurovision Song Contest is a non-political event and Madonna had been made aware of this.”